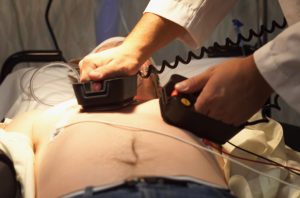 People who experience a heart attack before they turn 50 have a higher risk of premature death. Factors such as high blood pressure, diabetes, and obesity – common among patients with a heart attack – bring the early mortality risk up.

The researchers looked at nearly 22,000 people who had a heart attack before the age of 50. Patients were followed for roughly 11 years and were compared to nearly 217,000 people in the general public.
Between 1980-1989 and 2000-2009, the death rate within the first 30 days following a heart attack declined by 10 percent. On the flip side, the overall mortality risk within the first year actually doubled, compared to the general public. Women had a triple risk of post-heart attack mortality, compared to women who hadn’t had a heart attack, while men were twice as likely to die prematurely. The researchers could not explain these gender differences.

Dr. Gregg Fonarow, a professor of cardiology at UCLA, added, “It is well-established that individuals who have a heart attack at a younger age, even if surviving the initial episode, remain at higher risk for long-term mortality, compared to those who have not had a prior heart attack.”

The study clearly points to the importance of heart attack prevention. “This can be accomplished by maintaining healthy blood pressure, cholesterol levels, and weight, along with not smoking and remaining physically active,” Dr. Fonarow added.