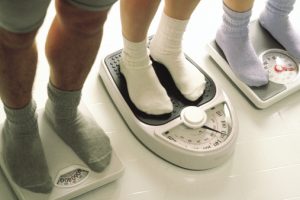 Clinicians need to take into account the risk of harmful weight loss in adults who are prescribed common medications for dementia. According to researchers and clinicians at the University of California, San Francisco, a certain class of drugs (cholinesterase inhibitors) used in the treatment of dementia can result in clinically significant weight loss.

Their study appears in the August issue of the Journal of the American Geriatrics Society.

The findings in this study are very relevant to patient care because excessive weight loss in older adults can lead to many adverse outcomes. In fact, unintentional weight loss has been responsible for a decline in functional status, poorer quality of life, more people getting hospitalized or admitted into nursing homes and even an increased rate of death.

The study’s lead author Meera Sheffrin, who is also a geriatrics fellow in the UCSF School of Medicine said the study suggests cholinesterase inhibitors contribute to weight loss in a large, real-world population of dementia patients.

Cholinesterase inhibitors are used for the treatment of Alzheimer’s disease and other dementias that affect one in six people over age 80. While the drugs do give temporary relief to patients, in most cases, they have serious side effects such as gastrointestinal symptoms, which in turn can be responsible for the weight loss.

In the study, the researchers gave cholinesterase inhibitors to a total of 1,188 seniors (65 years and older) who were diagnosed with dementia. They then monitored the weight of these patients against 2,189 dementia patients who were given other medications.

Researchers said further investigation is needed to validate the findings. They said the newer studies should address the limitations of the current study. For example, if there is a specific subgroup in which cholinesterase inhibitors had a higher risk of weight loss. As the participants in the study included mainly older male veterans, it is not certain whether these findings can apply to women as well.

But the authors of the study and the team of researchers agree that clinicians should monitor for weight loss when cholinesterase inhibitors are prescribed, and even consider discontinuing the drugs in the event of significant weight loss.