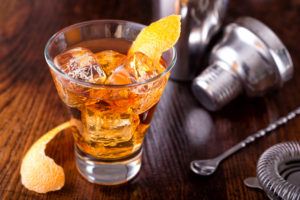 We’ve been offering a lot of information recently about how to boost your immune system. But even despite your best efforts, there are certain habits you might have that could be sabotaging your health.

A lot of the time, a bad habit might not seem like one. At least in the way you might think. However, there are plenty of regular habits that can compromise your immune system and hinder its performance when you need it most.

You’re likely aware that drinking can lead to liver and heart damage, but there is also substantial evidence to suggest it impairs immune function. Research indicates that heavy alcohol consumption boosts the risk of respiratory infections.

Studies have shown that binge drinking (up to five drinks on one occasion) and heavy drinking (up to 15 drinks per week) can lead to a weakened immune response and boost the risk for pneumonia and other acute respiratory syndromes.

Although the occasional drink can be helpful, saving a couple for the weekend—or one per day—is likely as far as you want to go.

Then there is salt.

Salt is another compound that can put your immune system in jeopardy. If your pantry and freezer are loaded with processed foods, you might be getting a lot more salt in your diet than you think.

There are studies showing that too much salt can lead to immune deficiencies, opening up the potential for bacterial infections. Although COVID-19 is a virus, the overall hit on your immune system could leave you more susceptible to other infections.

Caffeine is another compound that can pose dangers to your immune system. Coffee and tea are noted for their health benefits. Both are rich sources of antioxidants than can have anti-inflammatory effects.

When too much caffeine is consumed or is consumed in particular ways or at certain times, it can have detrimental effects on immune health and function. Avoid adding more than a teaspoon of sugar to these beverages and hold back on energy drinks and sodas.

Excess sugar, on its own, is associated with impaired immune function.

Avoiding caffeine in the afternoon or evening is also a good play for immune health. Getting too much, or drinking it too late in the day, has the potential to impair sleep, which is known to play a vital role in immunity and inflammation levels.

Immune function might not be the first thing that comes to mind when you think of the above habits, but they can all play a role in your ability to avoid or fight illness.