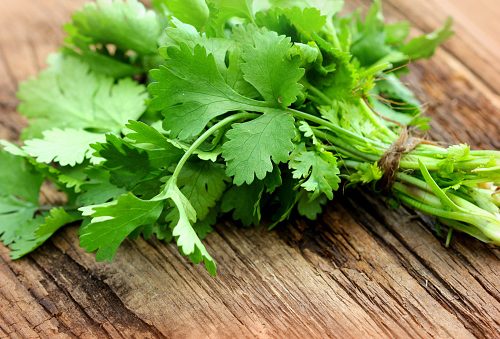 A recent outbreak of cyclosporiasis in Canada and the U.S. is giving health officials in both countries, cause for concern. As of Aug. 3, 26 states have reported 384 persons with confirmed cyclospora infection to the Centre for Disease Control and Prevention (CDC). Further North, the Public Health Agency of Canada is investigating 83 Canadian cases of cyclospora infections in four provinces – Ontario, British Columbia, Alberta, and Quebec. Of these, two cases have required hospitalization. The patients are recovering.

The cyclospora parasite is a single-celled microscopic parasite that is passed in people’s feces. People who consume food or water contaminated with the parasite can become infected and develop an infection of the intestines called cyclosporiasis.

Symptoms of cyclosporiasis include appetite loss, watery diarrhea, weight loss, bloating, abdominal pain and cramping, increased gas, nausea and fatigue. It is not rare for patients to also experience vomiting and a low-grade fever.

Healthy people can recover without treatment. The normal cyclosporiasis treatment procedure is a course of antibiotics (Bactrum, Septra or Cotrim). Untreated patients might suffer with the symptoms for several weeks or months. There is also the chance of relapse in untreated cases where the symptoms will resolve and then return again.

Certain tropical and subtropical countries are endemic to cyclosporiasis. Travel to these countries is usually a causative factor. While cyclospora illnesses can happen at any time of year among travelers, non-travel related illnesses in Canada and the U.S. occur more frequently in the spring and summer months.

In Canada and the U.S., previous outbreaks of cyclospora have been linked to various types of imported fresh produce such as pre-packaged salad mix, basil, cilantro, berries, lettuce and snow peas.

An FDA and Mexican inspection found “objectionable conditions” at 11 farms and packing houses in Puebla. These include human feces and toilet paper in growing fields, and poor sanitation in public toilets. Close on the heels of this inspection report, the FDA banned shipments of fresh cilantro from Puebla, Mexico, from April 1 through August 31, unless it is from a firm on the approved list.

People in Canada and the U.S. are generally pretty careful about hygiene; therefore, the risk to Americans and Canadians is low, but people with weakened immune systems, such as young children and older adults, can develop complications if they get infected with the parasite.

The health authorities in the U.S. and Canada are urging people to adhere to general food safety tips to reduce the risk of infection from food-borne illnesses.

This includes washing fruits and vegetables thoroughly, keeping the refrigerator at a temperature below four degrees Celsius (40 degrees Fahrenheit) and keeping an eye on the best-before date of perishable foods.

For people suffering with the cyclospora parasite, it is important to drink lots of liquids to replace the body fluids lost to diarrhea and dehydration. Infected people or even people who have the slightest doubt of an infection should contact their health care providers or local public health authority.

UPDATE: Over the past few days the cyclosporiasis outbreak has increased in strength. So far 226 cases have been reported since May 1. Most of them occurred in clusters around Texas, Georgia and Wisconsin. Of course, we have to take into account that there might be more unreported cases. None of the reported patients recently traveled outside the country before contracting the infection which increases the probability of the infection starting from the cilantro imports from Mexico. The FDA ban on fresh cilantro from Puebla, Mexico is still in effect.