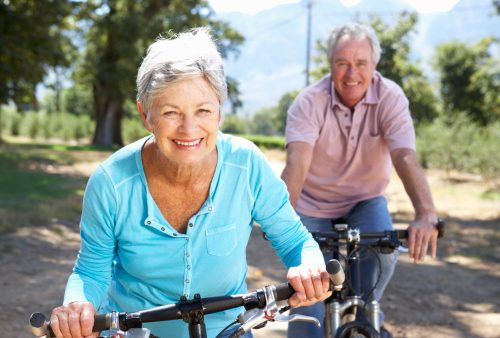 Doctors who study Parkinson’s disease have said before that exercise helps those who suffer from it. The physical activity improves balance and can prevent joint stiffness which are both common symptoms of the devastating illness. Recently, scientists have discovered that cycling can have a very positive impact on Parkinson’s disease sufferers.

Parkinson’s disease is a disorder that affects the central nervous system. It has a huge impact on movement and the performance of daily tasks. It causes trembling of the hands, arms, legs and head, as well as stiffness, slow movement, and difficulty with balancing. As the disease progresses, the symptoms get worse and are harder to cope with. Exercise in the earlier stages has helped a lot of patients improve their comfort level and quality of life.

Cycling for Parkinson’s disease has been considered in the past, but its connection to brain activity hadn’t been examined in detail until Neuroscientists at the Cleveland Clinic developed a P.D bicycle test. A research team led by Dr. Jay L. Alberts, put 26 Parkinson’s disease patients through an 8 week cycling exercise program. Some of the participants cycled at their own pace while others were forced to pedal at a speed above their normal comfort zone. Their performance was closely monitored. Blood oxygenation levels in the brain were measured and special MRI equipment was used to examine the patients’. The disease sufferers who were forced to cycle more vigorously showed a stronger connection between the primary motor cortex of the brain and the area of the brain where the thalamus sits. The thalamus is the section of our brain that relays sensations and motor signals, and is responsible for alertness.

The Neuroscientists have announced to the world that they are confident “forced-rate” bicycle exercise is an effective therapy for people who have Parkinson’s disease.

Back in 2003,  Alberts rode a tandem bicycle across Iowa with a Parkinson’s disease sufferer and he said he witnessed improvements in her symptoms at that time. He indicated that when he pedaled fast, it forced her to pedal faster. Seeing her improve gave him the idea to launch the study.

Scientists are now wondering if exercises like tandem rowing and swimming can have the same impact on the brain.


Stimulating the Brain and Memory of Parkinson’s Patients

Examining the brain is at the centre of a lot of Parkinson’s disease research. Many patients are known to suffer from memory problems. Between 25 and 30 per cent of Parkinson’s sufferers are also diagnosed with dementia. It is not clear why they have this memory disorder. The scientific community is still trying to determine if memory loss is a symptom of Parkinson’s disease or if people with P.D are just at higher risk for loss of memory and dementia.

RELATED READING: Obesity Genes and the Connection to Depression

Just as early diagnoses are helpful with ailments related to motor function, so is early adoption of exercise. Doctors believe that as Parkinson’s progresses, and the side effects become more frequent and severe, the window of opportunity to improve starts to close. Beyond medications, exercise is one of the most prescribed options for patients. Deep brain stimulation has been used in late-stage Parkinson’s disease; however it is an invasive procedure, not to mention expensive. The message from the medical specialists is the earlier you can start an exercise program, the better.