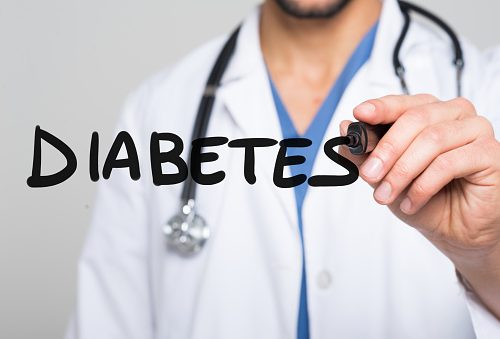 There are two forms of diabetes, type 1 and type 2. They are also referred to as juvenile and adult onset diabetes, respectively. While it is true that the majority of diabetes discussion tends to fall on the type 2 subset—as it is the acquired form of the disease affecting millions of Americans—type 1 diabetes is also dangerous. It mainly affects our children, and as they grow up, their diabetes will still be with them. However, that may soon be a thing of the past, as new research from The University of Texas Health Science Center at San Antonio claims to have cured the disease. The best part is that their method is without side effects and can even allow for treatment of type 2 diabetes as well.

Type 1 diabetes is a chronic condition very similar to type 2 diabetes. They both are caused by an insufficient utilization of glucose, owing to a deficiency of insulin. However, the way this occurs in both subsets of diabetes differs greatly. In type 1, the pancreases—an organ involved in the endocrine system—produces little to no insulin needed to allow glucose into cells. Type 2, on the other hand, has cells that are resistant to the effects of insulin and not enough insulin is produced. Both result in the same outcome. While both type 1 and type 2 can present the same, a few key differences in presentation do exist, such as the age of onset, weight loss, and a thin appearance being associated with type 1 diabetes. No one knows why young children develop type 1 diabetes, but it is thought to be due to an autoimmune reaction whereby insulin-producing cells are destroyed by the body.

The research team made this amazing development by focusing their efforts on pancreatic cells—they wanted to alter them to start secreting insulin in response to increased glucose detection in the bloodstream. They accomplished this through a technique called gene transfer, with initial studies done in mouse models. This process involves the use of a virus as a vector or carrier to introduce selected genes into the pancreas. Once the genes are incorporated into the organ, it causes digestive cells and other cell types to create insulin. This procedure was successfully done in mice to regulate blood sugar levels and saw no side effects as a result.
“It worked perfectly. We cured mice for one year without any side effects. That’s never been seen. But it’s a mouse model, so caution is needed. We want to bring this to large animals that are closer to humans in physiology of the endocrine system,” said Dr. Doiron, assistant professor of medicine at UT Health.

What is more fascinating is that the team of scientists has gone the extra mile to replicate the effects of beta cells of the pancreas through gene transferring. This means that the insulin-producing cells will react as they are intended when spikes of glucose occur, much like in healthy non-diabetic individuals.

The goal is to now get funding to start human trials, which they estimate will happen in about three years. But they do admit that testing in larger animals will be the next step toward a potential cure for diabetes in humans.

Related: How to exercise safely with type 1 diabetes