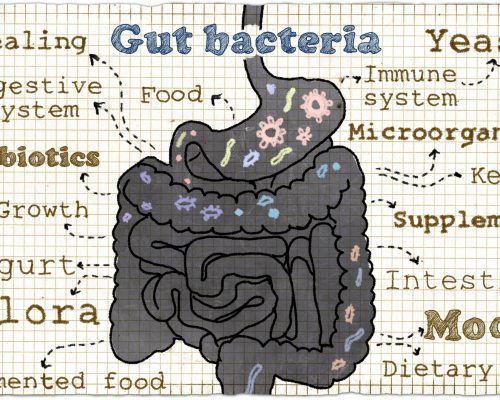 In Crohn’s disease, genetic variants prevent “good” gut bacteria from working. Co-author of the study Dr. Dermot McGovern said, “Bacteria historically have been regarded as an enemy of the body, but more recently we have been identifying bacterial types that seem to be beneficial to health, especially in the case of IBD.”

The researchers uncovered that variations in the ATG16L1 gene negatively affected the beneficial effects of Bacteroides fragilisbacterium, which is found in the gastrointestinal tract.

These genetic variations increase the risk of Crohn’s disease and prevent bacteria from carrying out one of their critical functions which is to suppress inflammation of the intestinal lining.

Dr. McGovern added, “This study is very important because it identifies a completely novel mechanism through which these genes may lead to an increased risk of developing Crohn’s disease.”

Co-study author Stephan R. Targan added, “Given the low percentage of IBD patients who respond to drugs directed at the immune system, these results could point the way to improving treatment by identifying patients who might best respond to manipulation of bacteria in their digestive tract. This study significantly advances the knowledge base for physicians treating patients with Crohn’s disease. It also exemplifies the multidisciplinary endeavors under way at Cedars-Sinai to translate basic science discoveries to meaningful help for patients enduring the various challenges of inflammatory bowel disease.”

An earlier study found that gut bacteria in patients with Crohn’s disease are radically altered. These patients have less diversity in the gut, compared to healthy individuals, and their harmful bacteria count is usually higher than beneficial bacteria count.

Whether these changes in gut bacteria are brought on by the disease or cause the disease is yet to be uncovered. Still, the present findings give some insight into future treatment tactics.

The study recruited 500 participants with newly diagnosed Crohn’s disease and over 200 with intestinal problems without inflammation. The participants were young (aged three to 17), because researchers wanted to see the bacteria in the gut prior to administering any medication which can change the gut.

Doctors took samples at two spots within the gut and then extracted genetic information from the samples. The researchers targeted nearly 46 million specific DNA sequences found in the samples. They then checked the samples against other 800 study participants.

Crohn’s disease patients were found to have high counts of six types of harmful bacteria, compared to patients without inflammation.

Some of the patients were taking antibiotics for other conditions, which was found to aggravate the bacterial imbalance, suggesting that antibiotic treatment in Crohn’s early stages may not be effective and may actually worsen the condition. Dr. Balfour Sartor, a distinguished professor of microbiology and immunology at the University of North Carolina School of Medicine, explained, “We should probably be wary of giving antibiotics in the early stages of Crohn’s disease, because we may not be accomplishing what we want to accomplish. Because most of the antibiotics that are used in Crohn’s disease are broad-spectrum antibiotics, you’re basically hitting both the beneficial and detrimental bacteria in the process, and maybe that’s really not a good idea.”

Being aware of the bacterial code in Crohn’s disease may help improve diagnosis, informing the doctors what to look for when diagnosing Crohn’s disease.