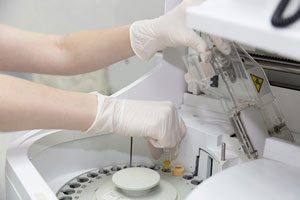 There’s something strange in the neighborhood. Who’re you gonna call?

If only it were that easy…

There is a new superbug that’s giving the staff in hospitals and health care facilities sleepless nights. It’s called CRE and before I tell you how to prevent and fight against it, I think it is important to start with…what is CRE infection?

CRE stands for carbapenem-resistant Enterobacteriaceae. These germs are difficult to treat because they have high levels of resistance to antibiotics.

How CRE went from normal to dangerous

Originally these germs were a normal part of your healthy body. But due to certain factors (which I describe below), some of these germs have become resistant to all or almost all antibiotics, including last-resort drugs called carbapenems, and hence the name CRE. CRE infections are hard to treat, and in some cases, untreatable. In fact, CRE kills up to half of patients who get bloodstream infections from them.

The fact is, we have unwittingly given rise to these dangerous organisms.  Almost all CRE infections happen to patients receiving medical care for serious issues.

In addition to spreading among people, CRE easily spread their antibiotic resistance to other kinds of germs, making those potentially untreatable as well. So it is very important that we understand them in more detail. And since antibiotics helped these deadly organisms come into existence, let’s take a brief look at how antibiotics work.

Antibiotics were the wonder drugs of the 20th century. They are amazing because they can kill a bacterium without damaging the humans. They do this by recognizing something very specific (target) in the bacterium cell that is not in the human cell. Once the target is isolated, the antibiotic binds with their target which leads to the inactivation of the bacterium.

The problem is, bacteria are becoming wise to the ways of the antibiotic. In fact, we’re currently in the middle of a global crisis where antibiotics are losing their effectiveness against infectious diseases.

CRE and antibiotic ineffectiveness
Even as you read this, there are over 10,000 different types of bacteria living in or on your body. In fact, there are more bacterial cells in you than there are human cells. One of the amazing things about the bacteria is their ability to share genes with each other. As you might know, you cannot change your genes. If you are born with blue eyes, you have blue eyes. There is no changing that.

But bacteria can change their genes. For example, a bacteria with a penicillin-resistant gene can pick up a tetracycline-resistant gene from its neighbor. It is this ability to transfer genes that has helped the bacteria evolve a number of different defensive tactics to avoid being killed by antibiotics.

Here are some of the defense maneuvers which bacteria developed to become resistant to earlier antibiotics.

Antibiotic resistance maneuver No. 1: Remember I mentioned the antibiotic targets something specific inside the bacterial cell. The moment the antibiotic enters the cell, the bacterium vomits it out, preventing it from finding its target. This is the technique bacteria used to become resistant to tetracycline.

Antibiotic resistance maneuver No. 2: The bacterium changes the target just enough so that the antibiotic no longer recognizes it. The target is in stealth mode, the antibiotic cannot detect it and the bacterium becomes resistant. This is the technique bacteria used to get resistant to streptomycin.

Antibiotic resistance maneuver No. 3: Attack is the best defense. In this, the bacteria make a type of weapon that goes out and finds the antibiotic before the antibiotic can find its target. This was the method used to overcome penicillin.

As you can see, bacteria are constantly evolving and finding new ways to counter the threat of antibiotics and are becoming antibiotic-resistant. And the genes for all these anti-antibiotic maneuvers are being shared by the different bacteria.

The rise of the Superbug CRE
Now your body has millions of good, innocent bacteria that cause you no harm. They live in peaceful colonies inside of you, and you remain healthy. Now let’s imagine that some bad bugs move into this neighborhood and start causing damage to the neighborhood. You start feeling sick and you go to the doctor. They deploy police (antibiotics) to fight off the miscreants. Now the police kill the miscreants but in the bargain kill many of the good bacteria, too.

Symptoms of CRE
CRE can cause infections in almost any part of the body, including bloodstream infections, lung infections, and digestive tract infections. As such, the symptoms vary.

For example, the CRE that affects the lungs is more likely to spread faster than a CRE that affects the urinary tract. Having said that, if proper care is not taken in the care facility, even the least dangerous of the CRE infections can be transmitted. The main risk factors include exposure to health care, especially to ICUs, and exposure to antimicrobials. And even mechanical ventilation. Outbreaks of CRE have been associated with exposure to long-term care settings.

Prevention of CRE
While preventing CRE is more a concern of health-care facilities, there are things you could do to help prevent it. For starters, avoid indiscriminate use of antibiotics – take antibiotics only as prescribed. Don’t insist on taking antibiotics for the cold or the flu. Antibiotics are completely ineffective against viruses, so you actually accomplish nothing by popping a pill.

And if you must take antibiotics, take the whole course. If you stop taking the antibiotics just because you are feeling better, resistant bacteria will soon multiply, proliferate and spread to other people.

Also don’t stockpile leftover antibiotics and don’t medicate yourself. The old antibiotic you have may not work at all against the new infection you have, so it’s best to seek a doctor’s advice before trying to treat yourself.

As CRE is endemic to health-care facilities, it is important to develop a concise strategy to prevent the spread of CRE infections. The strategy should include core measures like:

Long-term care for CRE
The long-term care involves a high degree of awareness of the spread of infection and ways to combat the spread. Place CRE colonized or infected residents that are high-risk for transmission on Contact Precautions.

CRE infection is just another step in the long continuing history of microbes and antibiotics. As you can see from the news, newer antibiotics continue to be developed and released into the market. And the bugs continue evolving to find ways and means to counter the antibiotic.

And the result: We now have to deal with superbugs like CRE. I have no doubt that we will soon find an antibiotic to completely destroy the CRE. But as you might have gathered by now, it is inevitable that the bacterium will eventually become resistant to the next antibiotic.

And we, in our endeavor to be on up on the bug, will come up with the antibiotic. It’s a never-ending story.

The society for Healthcare Epidemiology of America reported on this recent study from Israel in the July 2014 issue of its journal Infection Control and Hospital Epidemiology (ICHE):

Since 2006, Israel has faced a nationwide outbreak of CRE throughout its health-care system. A survey conducted in Israeli showed that transfer of colonized patients between acute care hospitals to long-term acute care hospitals and back helped the spread of the infection.

Based on these results, the Israeli government initiated a multifaceted intervention in all long-term acute care hospitals, as part of a national program.

The intervention included: 1) on-site assessments of infection control policies and practices; 2) CRE isolation guidelines targeted to long-term care facilities; 3) mandatory census reporting of CRE carriers sent to NCIC to facilitate monitoring, compliance with guidelines and track infected patient movement into and out of these facilities; and 4) follow-up surveys of CRE carriage in patients to assess the impact of the intervention on carrier prevalence.

How to protect yourself against epidemics

I’ve seen enough end-of-the-world movies to know that we could be wiped out by serious infection. Whether it’s a deadly flu epidemic or bronchial infection – that can be harder on elderly people because of aging immune systems – serious contagious illness seems far more likely to me than hostile aliens blowing up the planet. Here’s how to protect yourself.
Most antibiotics prescribed for this common ailment are useless – even harmful

We are commonly bombarded by them in soaps, hand sanitizers, cleaning products, and through countless prescriptions that we receive from the doctor, often for only minor health issues. Here’s why antibiotics can do you more harm than good.