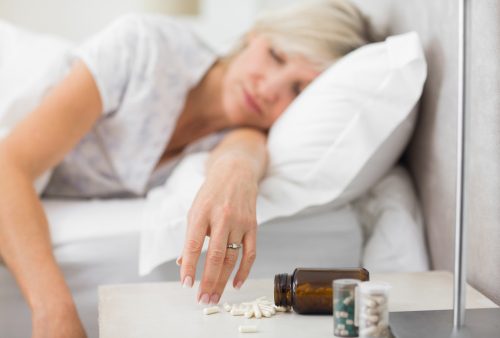 A new study has found that many consumers misuse over-the-counter sleep aids. Oftentimes, people with sleep troubles turn to non-prescription sleep aids in order to get a good night’s rest. Unfortunately, many of these options can be addictive and are only intended to be used in the short term. The new findings come from a survey taken from Consumer Reports.

Editor of Consumer Report Best Buy Drugs, Lisa Gill explained, “We were shocked to see so many people taking so many over-the-counter sleep aids, and doing so much longer than they were supposed to.”

The active ingredient in many sleep aids is diphenhydramine, which is a long-time antihistamine only intended for short-term use. Gill added, “It’s really meant to treat allergies, but a side effect is drowsiness.”

Regular use of the antihistamine can lead to unwanted side effects. Many OTC sleep aids are not meant to be taken for over a two-week period. Continued use of such products can lead to constipation, dizziness, daytime drowsiness, or confusion, putting a person at risk for accidents. In addition, some research goes to suggest that diphenhydramine may increase the risk of dementia or Alzheimer’s disease.

Dr. Raj Dasgupta, sleep expert, added, “It’s scary that people will take these medications for their sleeping effects. They sometimes don’t realize they’re getting other medications along with the sleep aid.”
The Consumer Healthcare Products Association released a statement with regards to the survey data released stating, “For over-the-counter (OTC) medicines, there are two active ingredients (diphenhydramine and doxylamine) that are approved by the FDA to treat occasional sleeplessness, not long-term sleep disorders or insomnia. The most important step for consumers to take when using any OTC medicine is to always read and follow the label, and a key take-away for OTC sleep aids is for consumers to note that the label directs use up to two weeks to help relieve occasional [sleeplessness]. Consumers should talk to a healthcare provider if their sleeplessness persists or if they have any questions.”

Gill and Dr. Dasgupta recommend cognitive behavioral therapy (CBT) as a first choice of treatment to tackle sleep problems instead of reaching for over-the-counter remedies. CBT can help uncover any underlying factors preventing the individual from sleeping. By targeting the cause of the sleeping problem the patient can have long-term relief as opposed to getting addicted to a drug that can have lasting damage on the body.