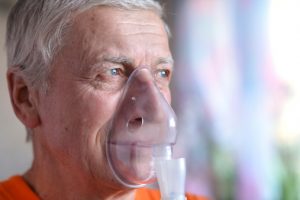 Patients with COPD or chronic bronchitis can obtain relief from their conditions with a new device called Aerobika® made from Trudell Medical International. COPD and chronic bronchitis symptoms can worsen in the winter months, leaving patients breathless. Aerobika® is a device that can help open airways and loosen up mucus, making it easier to expel and improving the way patients breathe.

It is estimated that nearly 800,000 Canadians have COPD and another 2.4 million are living with the condition undiagnosed. Symptoms of COPD include coughing, coughing with mucus, shortness of breath, lung infections, difficulty walking long distances and difficulty performing daily tasks because it is hard to breathe.

The Aerobika® device is a drug-free device that is easy to use and can improve the breathing abilities of COPD and chronic bronchitis patients. The device creates vibrations in the chest, which thins out and loosens up mucus, making it easier to expel.

Studies conducted on the Aerobika® device have shown significant improvements in symptoms as well as a boost in the quality of life. Daily use of Aerobika® has been shown to increase mucus expulsion, increase lung capacity, increase exercise intolerance and improve the patient’s quality of life within four weeks.

Currently the Aerobika® device is widely available in Canadian pharmacies and can be used in conjunction with COPD medications.

By 2030 it is estimated that COPD will become the number three killer worldwide. Whether you have COPD or not, it’s important to educate yourself and become aware of the risks and learn how to manage it so it doesn’t negatively affect your way of life.