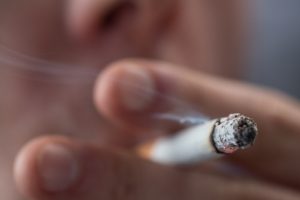 Researchers from the University of Colorado Boulder and the Institut Pasteur in Paris recently conducted a study to find out why patients with schizophrenia tend to smoke more often, and they found a connection between consistent nicotine intake and brain activity. Eighty to ninety percent of those with schizophrenia smoke, with the majority of that group being heavy smokers, so the study was conducted to determine whether there was a connection between their illness and a higher tendency to smoke.

The research was led by Uwe Maskos of the Institut Pasteur, with the aim of expanding on previous studies that revealed individuals with variants in the gene CHRNA5 are more likely to develop schizophrenia. This new study focused on determining whether a variant in the CHRNA5 gene causes hypofrontality and whether nicotine intervenes and eases this effect. Hypofrontality is characterized by reduced firing in the prefrontal cortex and is thought to be the main cause of many cognitive issues experienced by schizophrenics, such as poor decision making, remembering information, understanding things communicated verbally, and poor attention spans.

To conduct the study, researchers utilized mice with the variant in their CHRNA5 gene and used brain imaging technology to determine whether they also had hypofrontality. The mice that did were then put through behavioral tests to determine if they shared similar responses to stimuli as humans with schizophrenia.

The results showed that the mice responded in a fashion consistent with schizophrenia, proving a relationship between the variant in the CHRNA5 gene and hypofrontality. The mice were then dosed with nicotine and had their brain function monitored, and results showed that the nicotine seemed to reverse hypofrontality and helped the brain function in a healthier manner. They received nicotine daily and showed an improvement in brain activity after just two days, and normalized brain function within a week. These results suggest that schizophrenics who smoke heavily are self-medicating to manage their symptoms. Jerry Stitzel, a researcher at the Institute for Behavioral Genetics at Colorado University Boulder commented on these results, stating “Our study provides compelling biological evidence that a specific genetic variant contributes to risk for schizophrenia, defines the mechanism responsible for the effect and validates that nicotine improves that deficit.” Stitzel added, “Basically the nicotine is compensating for a genetically determined impairment.”
The improvement of cognitive function with the use of nicotine may help scientists develop better treatments for those suffering from schizophrenia. While smoking is traditionally bad for your health, researchers hope to find new, non-addictive methods of introducing nicotine into the body so those with hypofrontality may experience the benefits without the risk factors associated with smoking and addiction.