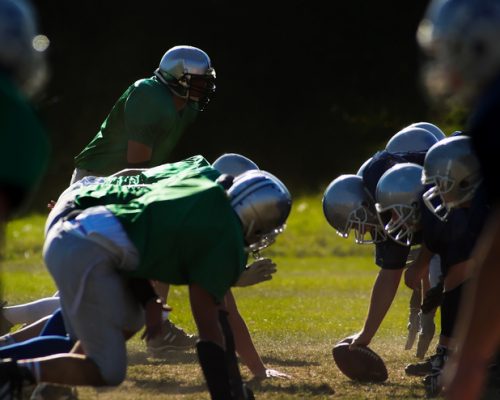 Football can be a very dangerous sport, and it has a long history of concussions and other injuries that could end a player’s career.

When it comes to serious injuries related to football, it appears that getting a ligament or tendon injury is actually worse than breaking or dislocating a bone in terms of recovery. Ankle and knee injuries that don’t heal properly can have lasting negative effects on a player’s performance, potentially leading to early retirement.

Dr. Brian Feeley, associate professor at UCSF, said, “While these injuries [of tendons and ligaments] are relatively straightforward to repair, they are often the hardest to recover from for multiple reasons.”

The study looked at 559 NFL players who underwent procedures to repair a variety of orthopedic injuries. These players were tracked for two years on average.
Seventy-nine percent of the players came back to the field. The return rate was highest among those with a broken arm or leg, or a sports-related hernia.

Those players who had to go through ligament or tendon repair had a lower chance of returning to the field. Furthermore, those with ligament and tendon injuries experienced a decline in performance.

Coauthor of the study Dr. Wellington Hsu added, “These injuries have the greatest impact on NFL careers because of their relative role to the stability of important joints such as the knee and ankle.”

The results may not apply to all players as there are many factors that come into play such as age and length of play. But the study does offer a snapshot of information that is still important to consider.