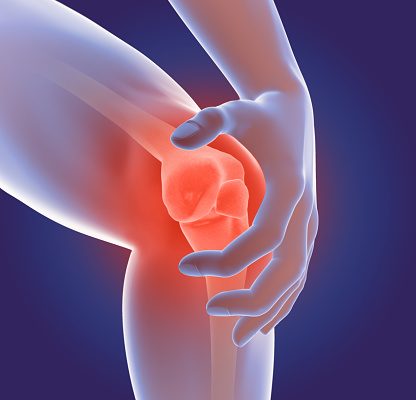 Joint pain is something we all get from time to time, but for the elderly, it can be especially overbearing. Getting out of bed, standing up, and even bending over to pick up a dropped item can be agonizing for older individuals suffering from chronic joint pain. The most common cause of joint pain seen in our older years is osteoarthritis, and it is generally considered a condition attributed to old age, but according to a new study, high fat and high carb diets may be a cause as well.

Osteoarthritis is considered the most common form of arthritis seen in adults and it occurs in millions of people worldwide. It is the result of protective cartilage found at the ends of bones being worn down over time, leaving exposed bones to rub against each other. While it can affect virtually any joint in the body, it commonly affects the hands, knees, hips, and spine. Osteoarthritis is considered a degenerative disease that worsens over time, with certain factors increasing the risk of its occurrence. They include:

A research study conducted by Professor Yin Xiao from QUT’s Institute of Health and Biomedical Innovation and his team, in collaboration with Professor Lindsay Brown and his team at the University of Southern Queensland, found a change in the composition of cartilage in weight bearing joints affecting people with high saturated-fat consumption. They studied this effect on various joints and a variety of saturated fatty acids found in such foods as palm oil, butter, and animal fat, as well as simple carbohydrates—all the components found in your typical junk food.
“Our findings suggest that it’s not wear and tear but diet that has a lot to do with the onset of osteoarthritis,” Professor Xiao said.

A 20 percent saturated fat diet combined with simple carbohydrates was seen to produce osteoarthritic-like changes in the knee, according to researchers, with saturated fatty acid deposits seen in cartilage changing its metabolism and weakening it, resulting in more damage over time. Interestingly, when researchers replaced the type of saturated fats found in meat with those from coconut oil (lauric acid), they found that it actually had a protective effect on joint cartilage.

The researchers believe that an increased inflammatory effect is occurring with long-term use of animal fat, butter, and palm oil, weakening cartilage. This is possibly the first study to investigate the associated between common dietary fats and osteoarthritis.