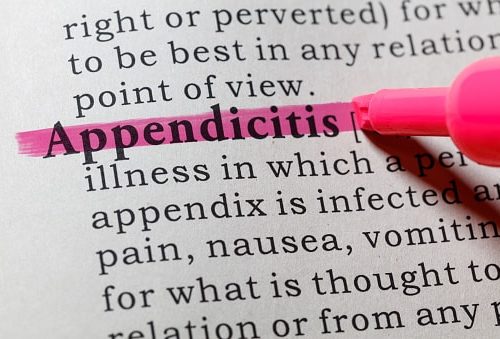 Appendicitis occurs when the appendix becomes infected and inflamed causing incredible pain. The good news is that you can live without your appendix. To reduce the risk of complications, doctors will simply remove your appendix.

A new study has uncovered that men who have experienced appendicitis prior to the age of 20 may be at a higher risk for prostate cancer later on in life.

As mentioned, we can typically live without our appendix, but new research has suggested it may play a role in our immunity.

The recent study looked at over 240,000 18-year olds who enrolled in military services. Medical records were kept on the men, including incidences of appendicitis and appendix removal.

The volunteers were tracked for nearly 40 years to determine how many developed prostate cancer.
Just slightly under 1,700 men developed the cancer in older age.

One theory that may better explain the link between early-life appendicitis and later life prostate cancer is that appendicitis as a child leads to years of low-level inflammation that creates an environment for cancer to develop and grow.

The researchers concluded, “These results suggest a diagnosis of appendicitis before adulthood signals underlying immune characteristics – as a pattern of inflammatory response – that is relevant to prostate cancer risk. This is another area of investigation potentially relevant to tumor development.”