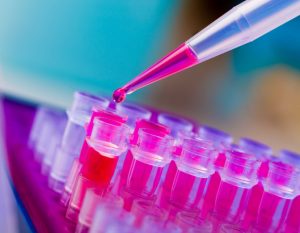 Combining a drug called daratumumab with the standard myeloma treatment may improve outcomes, according to new research findings. The study found that 43 percent of patients given daratumumab had a complete response, meaning, they had no signs of cancer left. This was compared to only 19 percent of patients who were given a standard treatment only.

Over the course of 13.5 months, patients on daratumumab combination cut their risk of mortality or cancer progression by 63 percent.

Researcher Dr. Meletios Dimopoulos said, “It is very likely that (this regimen) will be rapidly adopted by practicing physicians.”

Dr. Vincent Rajkumar for the Mayo Clinic said this new three-drug combination will be his first choice when treating myeloma patients.

Multiple myeloma is a cancer that begins in the white blood cells and accounts for less than two percent of cancer cases. However, it is often deadly and only 48 percent of patients live over five years after diagnosis. Even after the initial treatment, myeloma often returns.
In the last little while, numerous new treatments have come out for multiple myeloma. The effectiveness of daratumumab was seen in combination with lenalidomide (Revlimid) and dexamethasone.

Although effective, the drug is associated with some side effects, including fatigue, nausea, back pain, and fever. In more severe cases, it can lower blood cell count, increasing patients’ susceptibility to infection and anemia.

So far, the findings are quite promising, and the new treatment combo is being hailed as a viable way to extend patients’ lives.