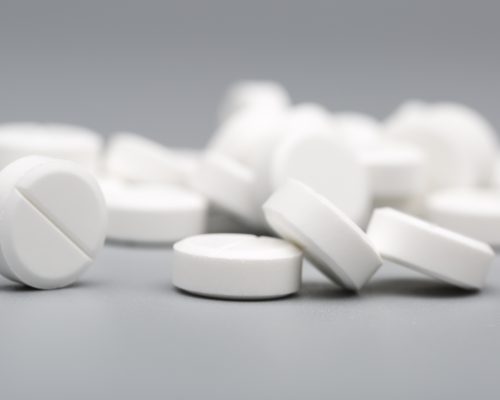 Colon cancer survival rates are improved with daily low-dose aspirin. The Norwegian study found that among 23,000 colon cancer patients, those taking a low-dose aspirin daily were 15 percent less likely to die over the course of several years.

The findings do not suggest that aspirin can extend the lives of colon cancer survivors, but rather there could be other reasons why these individuals have better survival rates. Regardless, there is still plenty of evidence to support low-dose daily aspirin as a means of preventing colon cancer.

Recommendations from the U.S. Preventive Services Task Force suggest those in their 50s and 60s may want to consider taking a daily low-dose aspirin as a means of reducing the risk of colon cancer, along with heart disease and stroke.
It is unclear whether those diagnosed with colon cancer should add a daily low-dose aspirin to their regime as a means of treatment. Trials to uncover the answer are already underway.

The latest findings are based on a Norwegian study, which looked at over 23,000 adults. All participants were diagnosed with colon cancer, and over one-quarter were prescribed a daily low-dose aspirin for more than six months after diagnosis. Many of the participants were using aspirin prior to their diagnosis.

The study found that 66 percent of aspirin users were still alive after three years, compared to 58 percent of non-users. Even after accounting for other factors that could affect longevity, aspirin was still found to play a large role.

Before adding daily aspirin to one’s regimen, researchers urge patients to wait for the new findings to come out to get a better understanding of the benefits of aspirin in colon cancer.

The study was published in the Journal of Clinical Oncology.