Home » Health News » Coffee: New Study Indicates How Much Is Too Much for Your Heart 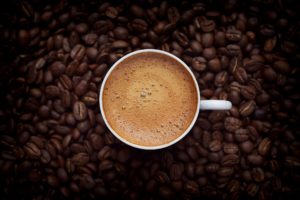 I needed two cups of hot black coffee to get me moving this morning. It’s pretty much routine: wake up, turn on the pot, and sit and relax. The second cup takes me through a few of the most productive hours of my day.

Now I know that if I really needed it, I might be able to safely consume even more.

Not that I’d want to. One more cup and things might get a little wonky. Too much caffeine at once has some pretty irritating short-term effects. Headaches, dizziness, nausea, and anxiety can be a few. But overall, moderate coffee consumption can lead to health benefits like focus, better brain health, longer life, and more.

Maybe that’s why it’s such a popular drink. Americans consumed nearly 26.5 million 60 kg bags of coffee over the past year. This number seems to be trending upwards. And based on the selection at my local grocery store and the coffee shops sprouting up everywhere, this is hardly surprising. But can there be too much of a good thing?

It’s possible that consistently consuming too much coffee for an extended period can lead to a higher risk for cardiovascular disease. A research team from the University of Adelaide in Australia wanted to see what the threshold was for heart health. The Journal of American Clinical Nutrition published the findings.

The researchers used a sample size of 347,077 individuals between the ages of 37 and 73. Of those, 8,386 had cardiovascular disease. Through analyzing how much coffee the participants drank and their likelihood of developing CVD, they decided the safe limit for coffee consumption was five cups per day. People who drank six or more were found to have a moderately higher risk for cardiovascular disease. It should also be noted that those who drank one to two cups of coffee per day had less risk of CVD than non-drinkers and decaf drinkers.

If you’re concerned about heart health, you might be better off capping coffee consumption at five cups per day. It’s also worth noting that additives like sugar and cream, as well as high-calorie specialty coffees, were not studied.