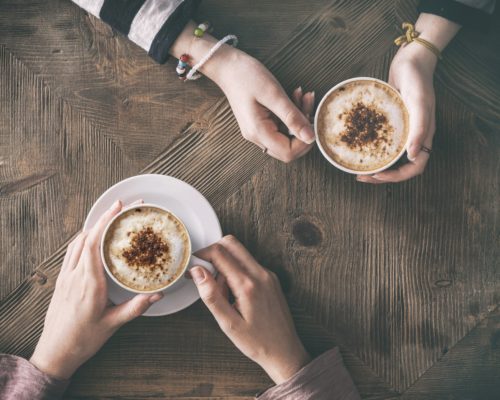 A cup of coffee can kick things up a notch when needed. But it appears the popular beverage can do more to keep you young than provide a little extra energy.

Numerous studies have observed anti-aging effects from coffee. Ranging from reduced risk for conditions like heart disease, stroke, and Alzheimer’s, coffee appears to have an ability to keep aging at bay. In fact, the only way coffee may be harmful to aging is the fact that it’s a mild diuretic—something easily canceled out by drinking enough water every day.

One study from the Harvard School of Public Health linked coffee drinking to a lower risk of dying from heart disease, stroke, diabetes, and neurological conditions. They found that one cup a day could reduce the chance by six percent. They also found that people who drank five cups a day saw their risk drop by 15 percent!

Other studies have echoed these results. A review of the canceled and longest-running heart health study, the Framingham Heart study, also noted strong associations between heart disease risk and coffee consumption. They found that when compared to non-coffee drinkers, those who indulged in a daily cup of joe were eight percent less likely to suffer heart failure or stroke. That number climbed eight percent by the cup!

Another study from Stanford University, albeit small, found that drinking caffeinated coffee was able to counteract age-related inflammation. This could mean that it can protect against chronic disease resulting, or contributing, to inflammation.

And it doesn’t stop there. Research from the University of Toronto has found coffee drinkers may have a lower risk for dementia, Alzheimer’s, and Parkinson’s. The benefits seem to be associated with compounds called phenylindoles that are created when coffee beans are roasted.

Of course, drinking too much coffee may lead to anxiety, poor sleep, and other side effects. Researchers have noted that having up to fiv cups per day—if you can tolerate it—can be beneficial; after that, you may be entering a bit of a danger zone. And remember, coffee can be a sneaky source of sugar and calories. To get the most from your coffee, use additives sparingly and avoid specialty coffees.