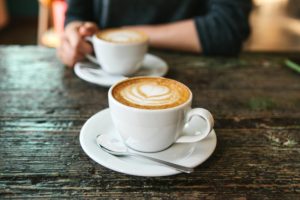 Studies revealing the benefits of coffee are endless, as coffee has been linked to several health improvements including liver function, heart function, and brain function. The latest research findings suggest that compounds found in coffee may help curb prostate cancer risk.

Coffee contains over 1,000 non-volatile chemical compounds and over 1,500 volatile ones. These can vary based on how the coffee beans are prepared.

Prostate cancer is one of the leading causes of death among men, and so far, there have been several studies that have looked at coffee’s role as a possible risk reducer of prostate cancer.

For the study, the researchers looked at a range of coffee components and their effects on prostate cancer. The researchers specifically used cells that were resistant to drug treatment.

The researchers first looked at six coffee compounds but focused on two which naturally occur in Arabica coffee.

When these two compounds were added to Petri dishes of prostate cancer cells, the cells grew less rapidly.

The researchers then tested these compounds on mice who had the cells transferred to them. Lead researcher Dr. Hiroaki Iwamoto explained, “We found that kahweol acetate and cafestol inhibited the growth of the cancer cells in mice, but the combination seemed to work synergistically, leading to a significantly slower tumor growth than in untreated mice. After 11 days, the untreated tumors had grown by around [3.5] times the original volume (342 percent), whereas the tumors in the mice treated with both compounds had grown by around just over [1.5] (167 percent) times the original size.”

Additional research on human cells is required to replicate the results and better understand the benefits of coffee compounds on prostate cancer cells. In the meantime, although researchers are hopeful, they suggest we should not change our coffee consumption as it can still affect us in several positive and negative ways. Furthermore, the healthiest way to consume coffee is black. The more milk, cream, or sugar you add, the more you negate some of the positive effects coffee has to offer.