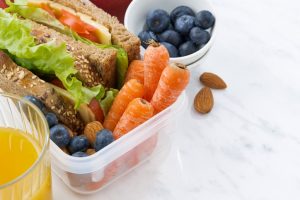 The study concluded, “A healthy diet and moderate intake of alcohol may decrease the incidence or progression of CKD among individuals with type 2 diabetes. Sodium intake, within a wide range, and normal protein intake are not associated with CKD.”

The findings come from a multi-year study of a small group of patients, comparing standard medical treatment to nutritional intervention. The results revealed a clear advantage of the latter.

Study author Dr. Nimrit Goraya said, “This study has been done over five years, but every year since the therapy with fruits and vegetables began, we were able to lower medications.”

The study enlisted 108 kidney disease patients who were on similar dosages of blood pressure medication. Patients were divided into three groups – one group was treated with sodium bicarbonate, the second group was provided with three to four servings of fruits and vegetables in addition to their regular diet, and the third group did not receive any treatment.
After five years, systolic blood pressure was lower in the fruit and vegetable group, compared to the other groups. The participants in this group also had lower dosages of blood pressure medication than the other groups.

This translated into medical cost savings for the food group – nearly half – compared to the other groups.

Dr. Goraya explained that kidney disease control is not only triggered by the incorporation of healthier foods, but also the reduction of unhealthy foods. Because many blood pressure medications can yield unwanted and negative side effects, it is much easier to up your intake of fruits and vegetables instead and still experience beneficial effects for your blood pressure.