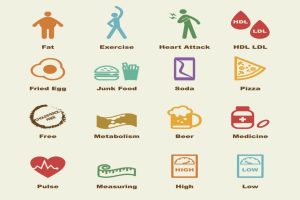 A large study aimed to examine the role pf HDL cholesterol in the risk of developing heart disease. The study involved nearly 623,000 Canadian adults. Those with the lowest HDL cholesterol levels were found to have the highest risk of death by heart disease or stroke, along with higher cancer mortality and other causes.

On the other hand, having very high HDL cholesterol levels was not found to be any more effective in offering health benefits.

People with high HDL cholesterol were more likely to die of other causes, compared to those who had HDL readings somewhere in the middle of the spectrum.

Dr. Michael Shapiro, who was not involved in the study, commented, “Many people know that HDL is the ‘good’ cholesterol. But they may not know that the medical community is moving away from the idea that we’ve got to raise low HDL.”

The researchers were surprised that there was a greater risk of death from non-cardiovascular causes when HDL levels exceeded 90 mg/dL. Alcohol is known to increase HDL cholesterol, so greater alcohol consumption could be help explain these findings.

The take-home message here is, it’s not necessarily high HDL numbers that will render plausible health outcomes, but rather choosing a healthy lifestyle is effective at reducing one’s mortality risk.

Menopause and its effect on cholesterol levels