Home » Health News » Chocolate is not actually good for you 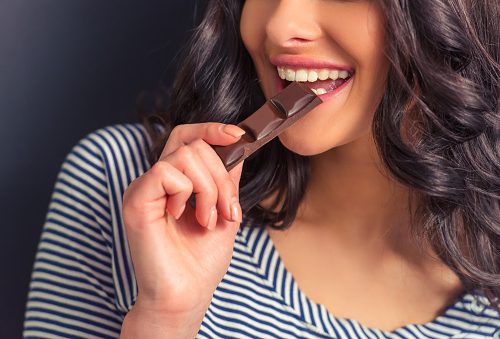 Chocolate is one of the world’s most delectable treats. It is sweet and savory, and it’s good for you. At least, that’s what several studies would have you believe. Unfortunately, they aren’t talking about the Hershey’s bar you buy at the local convenience store.

Modern chocolate is packed with added sugar and milk powder, giving it its milky consistency. Recently, many studies into chocolate have labeled it a health food. But this is also a bit misleading, as only the base ingredient found in modern chocolate, called cocoa, is beneficial.

Where it all started

The whole opinion shift concerning chocolate can be traced back to a 1997 study conducted by researchers at Harvard University. They reported that the Kuna people—who lived on the islands off the coast of Panama—had very low blood pressure, were found to live longer, and had overall lower rates of heart attack, stroke, type 2 diabetes, and cancer compared to other indigenous people on mainland Panama.

Much of these attributes were pegged as being a result of the Kuna people’s high consumption of cocoa. They drank more than five cups every day.

Evidence from other studies supported this observation by confirming the beneficial effects of chocolate and cocoa. Improved health of blood vessels, increased HDL levels, and blood pressure regulation were all touted as being positive effects gained by eating chocolate.


It truly does hold some benefits

Laboratory studies have linked these positive benefits of chocolate to a particular compound called epicatechin, a flavonol that has been proven to be a powerful antioxidant. Epicatechin acts through a number of pathways in our bodies, through which it helps blood vessels relax, facilitates the manufacturing of HDL cholesterol, and supports the action of insulin.

Today, chocolate contains much higher amounts of fat and sugar that are not in line with government dietary recommendations. In addition to this, most commercially available chocolates contain inadequate amounts of flavanols, including epicatechin.

More recent studies into the effects of chocolate didn’t find any evidence of investigation into the effects of raw cocoa on reducing the risk of cardiovascular disease. One of the major weaknesses of studies done on chocolate is that they are industry funded. The chocolate used in the studies is typically specifically designed for the research itself.

Knowing this, the researchers do not consider chocolate a health food, but admit it has some interest effects. Their advice is to not consume excessive quantities of chocolate bars and to opt for dark chocolate.

Is chocolate really good for your health?