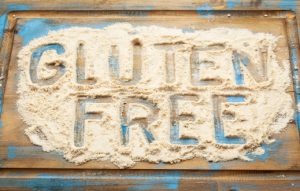 The potential new treatment is an immunotherapy that helps train the immune system to tolerate gluten, allowing some patients to reintroduce gluten back into their diets.

The treatment is being developed by a U.S. biotechnology company and is based on the research from the Walter and Eliza Hall Institute entering its second phase of clinical trials.

For the study, researchers looked at over 40 children who were tested to see what would happen if gluten was reintroduced into their diets. Dr. Jason Tye-Din said, “We asked the children to eat wheat bread for three days, and then studied the immune response that appeared in their bloodstream. Contrary to the prevailing theory, and to our surprise, we found that children reacted to the same key peptides of gluten that we had previously identified as toxic in adults with celiac disease. This is an important finding that has major implications for the relevance of new diagnostic tests and treatments under development for people with celiac disease.”

Previous research shed light on the fact that children may have a different immune response to gluten than adults, but the new findings suggest otherwise. “In contrast to earlier studies, this is the first time celiac disease in children has been studied this way and to this level of detail. There is a real need for better diagnosis and treatment of celiac disease for all ages. Our findings are exciting as they support the view that new treatments and tests under development for adults with celiac disease are likely to apply to children.”

Researchers have found that when a certain part of RNA is suppressed, it may lead to intestinal inflammation, which is seen in celiac disease patients. The findings reveal a possible new risk factor for the development of celiac disease. Dr. Peter Green, lead author, said, “We don’t know why only a fraction of individuals with genetic risk factors for celiac disease actually become gluten intolerant. Through the dedicated work of translational scientists, we are beginning to uncover the mechanisms that unleash the symptoms of celiac disease and identify potential therapeutic targets.”

Previous research identified numerous genes that are responsible for the creation of proteins associated with celiac disease. Long noncoding RNAs (lncRNAs), which contain more than 200 nucleotides, are thought to play a role in autoimmune diseases and cancers by interacting with other RNA, DNA, and proteins.

Through experimentation the researchers found that long noncoding RNA lnc13 dampens the expression of celiac-associated genes by binding to a common family proteins. They then found that patients had abnormally low levels of lnc13 in their intestines, revealing that low levels of this RNA could contribute to celiac disease by turning off the normal regulatory pathway.

Another lead author Sankar Ghosh added, “These findings add an important detail to our understanding about how celiac disease develops. Given that the majority of the population consumes these grains, understanding the triggers for the development of celiac disease will have a broad impact. In future studies, we hope to investigate factors that lead to suppression of lnc13, which may cause gluten intolerance in people who were previously able to tolerate gluten.”