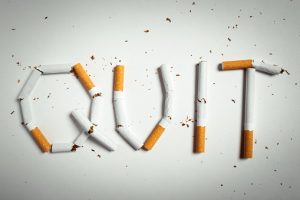 People using Chantix, the quit smoking drug, can breathe easy as a new study shows that it does not increase their risk of heart attack and depression.

It must be mentioned here that varenicline, also known as Champix™ or Chantix™ has previously been linked to depression, self-harm, suicide and an increased risk of heart attack.

These potential side effects to mental health and to cardiac function have been disputed by many recent studies, and this latest study led by researchers from the Universities of Edinburgh and Dusseldorf with contributions from Researchers at Maastricht University, University College London and Harvard Medical School, adds more impetus in favor of the drug. In fact, the researchers who carried out the study say doctors can go ahead and prescribe varenicline to help people stop smoking.

The full details of the study are available in The Lancet Respiratory Medicine.

For the study, the team looked at health information (data provided by QResearch) from more than 150,000 smokers across England who used varenicline, bupropion or nicotine replacement therapy – lozenges, chewing gum and/or patches to help quit smoking.

The researchers tracked these patients for six months to assess the impact of the quit smoking measures on their health.

The study revealed that the risk of suffering a heart attack or heart disease was the same in people taking either varenicline or bupropion and those using nicotine replacement therapy. There was also no difference in the risk of developing depression or inflicting self-harm.

According to Professor Daniel Kotz, from the Medical Faculty of the Heinrich-Heine-University Dusseldorf, the study supports the use of varenicline as a safe and effective tool to help people quit; people who would reduce their life expectancy by three months for every year they continued smoking.

Professor Aziz Sheikh, co-director of the University of Edinburgh’s Centre for Medical Informatics, adds that the extensive analysis done in the study provides strong evidence that varenicline does not have any significant adverse effects on cardiac or mental health. He believes the safety warning by health regulators such as the United States Food and Drug Administration (FDA) in relation to this drug is uncalled for. In his opinion, it is unnecessarily limiting access to this effective drug designed to help people quit smoking. He hopes the current study will make the authorities review the warning and pave the way for more people to use this effective drug to help them quit smoking.