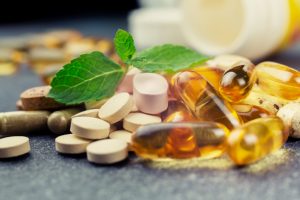 Supplementation is a growing trend among Americans as a way to boost one’s health, but which supplements are used the most? As it turns out, multivitamins are losing their appeal to American consumers, while vitamin D, fish oil, and probiotics are gaining popularity.

Between 1999 and 2012, overall supplement use among Americans has remained stable. Just over half of Americans take some form of dietary supplement.

The researchers found that multivitamins and botanicals like ginseng or garlic extract are becoming less popular. On the other hand, people opt more for vitamin D, omega fatty acids, and probiotics.

Lead researcher Elizabeth Kantor explained, “I did expect to see that vitamin D use would go up, and that fish oil would go up.” This is because a lot of research has come out on these two supplements.
Numerous studies have questioned the benefits of multivitamins, so that in part explains the decline in their use.

The scientists are happy that consumers are taking into account the ongoing research and that their choices reflect study findings.

Although supplements can help maintain health, the researchers still recommend speaking to the doctor before starting on a supplement – especially for those who are on a treatment plan, as some ingredients in the supplements can negatively interact with prescribed medications.

Calcium supplements may not be safe for the heart