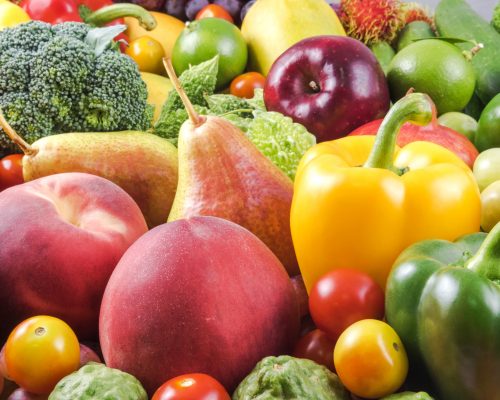 Eating fruits and vegetables rich in flavonoids may help aid in weight control, as suggested by a new study. Study author Monica Bertoia said, “We looked at seven different classes of flavonoids, and we found increased consumption was associated with less weight gain.”

The researchers followed over 124,000 participants and evaluated their consumption of seven flavonoid-rich fruits and vegetables. The participants recorded their weight, lifestyle habits, and any diagnosed disease every two years between 1986 and 2011. Diet was reported every four years.

Although the impact of flavonoids on weight was modest, Bertoia suggests it is still significant. She explained, “We found that about one-quarter cup of strawberries or cherries give you 10 milligrams [mg] of anthocyanins, and each 10 mg-increase was linked with a quarter-pound less weight gain over four years.”
Although many of the participants gained weight over time, those who consumed more flavonoids demonstrated a lower calorie count. Additionally, many participants still managed to lose weight.

Bertoia added, “Preventing even small amounts of weight gain – even 10 pounds – can lower your risk of developing some diseases, for example diabetes.”