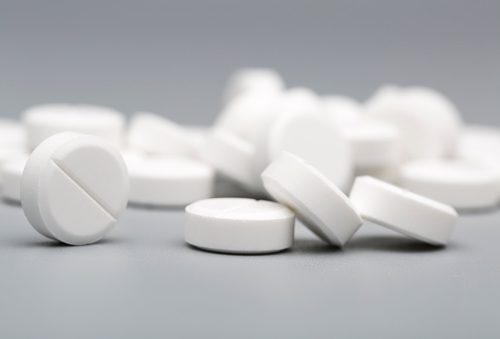 Senior researcher Dr. Andrew Chan said, “That makes sense, because cancers don’t typically develop overnight. They take years to develop, so you would have to take aspirin for a long time to prevent cancer. There is scientific evidence that aspirin has an effect on certain biological pathways that can result in cancer.” He added that aspirin also has the ability to reduce some cancer-causing proteins as well as inflammation.

The study did not show that daily aspirin prevents cancer, but only that it reduces a person’s risk.
Dr. Chan added, “The evidence has reached the point that it may be useful to consider using aspirin to prevent colon cancer. But we are still not at a point where the general population should take aspirin for cancer prevention.”

Coauthor of the study Dr. Ernest Hawk from the University of Texas added, “This is another study suggesting reductions in gastrointestinal and colon cancers among people who take aspirin for other reasons, such as reducing the risk of heart attacks or treating arthritis and relieving pain.”

Researchers suggest that you speak with your doctor prior to beginning a daily regime of aspirin and weigh out the benefits and risks associated with daily aspirin use.