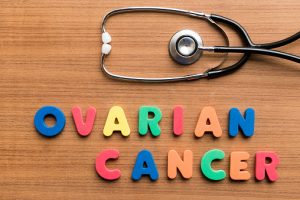 In a major leap in cancer research, researchers said they have figured out that cancer can be caused just by an imbalance of protein within cells. This is a clear departure from previous thinking where it was believed that almost all forms of cancer were caused by genetic aberrations.

A recent study conducted by scientists at the University of Leeds and The University of Texas MD Anderson Cancer Center, was published in the journal Oncogene. The results of the study adequately demonstrate the value of protein imbalance as a prognostic tool.

According to the study, a close analysis of the protein imbalance in a cell can indicate whether patients are likely to respond to chemotherapy, or not. The degree of imbalance can also give scientists enough clues to metastasis — a condition where a tumor is likely to spread to other sites.

The study also brings to light different possibilities and therapies dedicated to prevent dangerous imbalances in cells and measure the level of imbalances that do occur.

The lead author of the study, John Ladbury, said that a lot of time, resources and money have been devoted to sequencing the human genome. He and his team believed that if they could get all the relevant genetic information they could predict whether a person has a predisposition to cancer. They said they believed that genetic information will set-up a precision medicine-based approach to help develop a therapeutic approach. However, as the results of the study show, genetic screening alone is not enough.

The research focused on the “Akt pathway,” a pathway that signals cells to proliferate, which is what ultimately leads to cancer.

Under normal conditions, the cell receives external signals through a receptor that’s bound to the cell wall. This results in the recruitment of signaling proteins and the initiation of the Akt pathway, which is responsible for committing the cell to proliferate. In some cancerous cells, this pathway is permanently switched on.

To diagnose cancer traditionally, researchers would look for genetic modification of the receptor (or recruited proteins), which could be responsible for keeping the Akt pathway in the ‘ON’ state.

But in the new study, researchers looked at isolated cancer cells without any external stimulation. The found that the “Akt pathway” could be activated without genetic modifications.

They discovered that, two proteins; Plcγ1 (pronounced “plc-gamma-1”) and Grb2 (pronounced “grab-2”), compete to bind to a particular gene (FGFR2) that help with cell division. As long as the balance is maintained, there’s no problem. But if Plcγ1 prevails, it triggers the Akt pathway and leads to cell proliferation and cancer formation.

This competition for binding to the receptor represents an unexpected way in which cancer can occur. The researchers found that in cells where Grb2 is depleted, it becomes easy for Plcγ1 to bind with FGFR2 and trigger uncontrolled proliferation.

The researchers studied the process in mice and found that Grb2 depletion results in the development of multiple tumors around a primary tumor. This is a clear indication that protein imbalances do play a role in metastasis – the spread of a cancer through the body.

The researchers are now working with clinicians at the University of Leeds to study the same mechanisms in other forms of cancer.