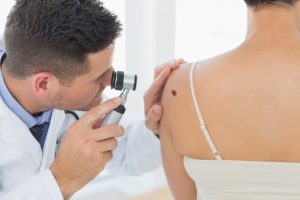 Factors that contribute to a higher risk of colon cancer in celiac disease patients include a family history of colon cancer, smoking, poor diet, and inflammatory bowel disease (IBD) like Crohn’s disease or ulcerative colitis. These risk factors are not exclusive to celiac patients only, however. In fact, they are risk factors for the general population as well.

A Finnish study looked at the data from the Social Insurance Institution along with the Finnish Cancer Registry. The researchers identified 1,626 cases of malignancy in 30,000 celiac patients.

Overall, they found a slightly lower risk of malignancy, compared to the controls.

The researchers concluded that overall risk of cancer in celiac disease patients was not higher than the general population, although the risk was seen to increase after five years.

In an alternative study, researchers found no association between celiac disease and a higher risk of melanoma (skin cancer). Previous research once suggested a link, but recent findings prove otherwise.

The earlier study may have been based on what is known as referral bias, which means participants who join a study are already at a higher risk to develop the condition in question.

The authors wrote, “Although these two conditions share Caucasian race as a risk factor, celiac disease itself does not appear to increase the risk of cutaneous malignant melanoma (CCM) and, therefore, no additional screening measures for CCM are warranted in these patients.”

The study consisted of 29,028 celiac patients of which 78 developed melanoma. When results were compared to the control group, researchers found that rates were the same, implying there was no greater risk of melanoma in celiac disease sufferers.

What your poop (color, smell, and shape) is telling you about your health
Dermatitis herpetiformis, skin rash from celiac disease, managed with gluten free diet