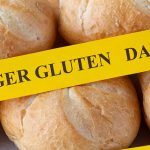 Celiac disease has been found to be associated with coexisting liver disease. Previous studies have shown that celiac patients often have elevated levels of liver enzymes, which typically get back to normal once a gluten-free regimen is implemented. In the new study, the researchers set out to explore the cause and prevalence of altered liver function in celiac patients up to one year after eliminating gluten from their menus.

The researchers analyzed liver function prior to and after dietary changes in 245 untreated celiac patients. They found that 43 patients had elevated values of one or both aminotransferases, important indicators of liver damage. Forty one patients had a mild elevation, and the remaining two had higher aminotransferase elevations.

After a year of going gluten-free, elevated levels normalized in 39 of the patients. The remaining four had either hepatitis C or primary biliary cirrhosis.

Based on their findings, the researchers stressed the importance of a timely celiac disease diagnosis and treatment (namely, strict adherence to a gluten-free diet) for reducing the risk of liver complications.


Celiac disease and its link to liver disease

Liver is a vital organ performing over 500 functions, from cleansing the blood to producing bile for proper digestion. Unfortunately, celiac disease can wreak havoc on the liver health. In fact, slightly elevated levels of liver enzymes are quite common among celiac patients – particularly, those who do not adhere to a gluten-free diet. The good news is, going gluten-free can bring liver enzyme levels back to normal and thus reduce the risk of liver complications in these patients.

In one study that looked at non-alcoholic fatty liver disease – a growing health problem in the U.S. – researchers found that fatty liver disease diagnosis was three times more prevalent among celiac patients. The risk was highest within the first year of celiac diagnosis.

The researchers suggest that doctors screen their patients with fatty liver disease for underlying celiac disease.

Although the exact link between celiac disease and liver disease is unknown, genetics and abnormal intestinal absorption are believed to play a role. Liver problems may stem from abnormal liver chemistry, which is common when celiac disease goes untreated. The problem is, because enzyme levels are only mildly elevated, the patients are often asymptomatic, and liver problems get easily overlooked as a result.

It’s imperative that celiac patients follow a gluten-free diet as a tool for properly managing celiac disease as well as a preventative measure against future liver problems.