Home » Health News » Can This New Year’s Resolution Turn Back the Aging Clock? 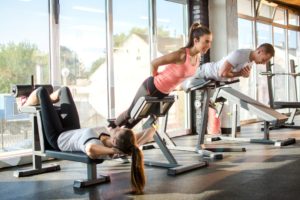 Ever thought of running a marathon? It might be the anti-aging key you’re looking for in 2020.

A recent study followed 138 healthy first-time marathoners as they trained for the London Marathons of 2016 and 2017. They ranged in age from 21–69, and virtually all of them showed big benefits—especially the older ones.

The benefits came by way of turning back the clock on their arterial health. Stiff arteries are a hallmark of high blood pressure and heart disease, and are increasingly common in older individuals. Years of oxidation and inflammation make arteries stiffer, ultimately posing a greater challenge from blood to flow through.

But training for a marathon can reverse that. In fact, any form of regular regimented exercise will likely have the same result. The study revealed the training could reverse aging arteries by four years, but it was even more pronounced in the older participants. The researchers also noted that the older or more out of shape a person was, the greater the effects.

The study is published in the Journal of the American College of Cardiology.

The training period lasted six months and participants followed a program supplied by marathon organizers. They ran three times per week and featured progressive difficulty, meaning they got longer and harder as training progressed.

This study in particular observed systolic and diastolic pressure reduce by four and three points, respectively, on average. Past studies on the anti-aging benefits of regular exercise have found it can slash the risk of heart attack by half.

So, are marathons the fountain of youth? Not exactly. If you hate running, you can breathe a sigh of relief. Any endurance activity will produce similar results as long as you stick to it.

Jogging, walking, cycling, and swimming are just a few examples. The key is to perform them multiple times per week and to progressively challenge yourself as you get better. That means going a little faster, a little further, or with a little more effort as the weeks pass.

To start your training or activity program, here are a few things to keep in mind:

Ease into it. Start slow and increase activity/intensity gradually.
Pay attention to how your joints, bones, and muscles feel. Going too hard, too fast can lead to overuse and injury.