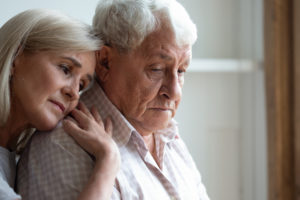 Ketogenic and low-carbohydrate diets have been the rage for quite some time. But they might help you do more than just lose weight. According to some new research, cutting carbs might slow, or prevent, brain aging.

Your brain requires about 20% of your body’s total energy stores to function properly. The energy comes from two places: glucose (carbohydrate) or ketones.

Glucose is your body’s preferred source of fuel. It’s easily accessible and convertible, while ketones require a few more steps. But when glycogen (stored glucose) is in short supply, the body makes the necessary switch.

So, what does this have to do with brain aging? People with Alzheimer’s disease, the most common form of dementia, often experience a severe drop in the brains’ ability to use glucose as energy. That may influence neural networks and lead to the progression of the condition.

Further, there is research showing that the extent of reduction is associated with the severity of the illness. It’s also apparent that glucose metabolism in the brain can slow down long before Alzheimer’s symptoms, like memory loss, develop.

One way to combat this might be to adopt a low carb diet that promotes ketones and the body and brain’s primary fuel source. A new study found that going low-carb, or taking a ketone supplement following a period of fasting, was able to stabilize neural networks.

In fact, the study, which consisted of two parts involving 72 volunteers, found that glucose destabilized neural networks, while ketones stabilized them. In other words, going low-carb may prevent brain aging.

The study, published in the journal BMR, also found that brain aging may occur as early as 47, while rapid degeneration begins at 60. Opting to go consume lower carbs so your brain runs on ketones, according to researchers, may slow this degeneration.

So how do you go low carb? The first thing to do is to stop eating high-sugar processed foods. These include candies, refined grains, and sugar-sweetened beverages. On the flip-side, you’ll want to boost the intake of healthy fats. Nuts, natural nut butters, avocado, olive oil, and fatty fish are all great sources.

It’s possible that a low-carb or ketogenic diet may slow brain aging and delay Alzheimer’s. Consider giving it a try and talking to your doctor about how to implement this dietary change.