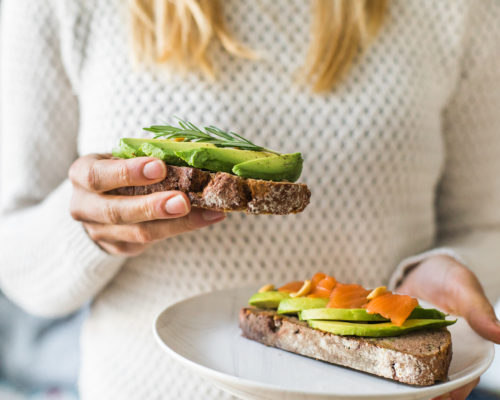 What you eat everyday can influence how you remember and your risk for dementia. But you have to be patient.

For example, if you eat a ton of veggies, fish, whole fruits, and whole grains, you might not function exceptionally different than someone that eats an unhealthier diet. It’s not like every time you eat a piece of broccoli or salmon your memory kicks in to high gear.

But over time, adhering to a healthy diet, like the Mediterranean diet, may lead to better brain health and mental function, including a stronger memory later in life.

Two recent studies found that people who ate more of certain foods were less likely to experience mental decline than those who ate less. They had slower rates of decline and were able to reduce the risk of Alzheimer’s even if they were genetically predisposed.

People who ate the most whole grains, vegetables, fruits, legumes, nuts, and fish, which are all staples of the Mediterranean Diet, had higher levels of mental function and healthier brains in advanced age compared to those who ate the least.

Researchers noted that the difference between those who ate the most of these foods and the least did not show much of a discrepancy in overall daily function.

When looking at the effects on the overall population, however, researchers suggest that brain health and function depend largely on diet quality. Fish consumption, in particular, was shown to have a substantial impact in slowing mental decline.

Diet is essential to overall physical, mental, and emotional health. It plays a role in heart disease, cholesterol levels, blood sugar, bone health, and memory. But when most people think of diet, they think of weight.

What you eat, however, influences far more than your waistline or a number on a scale.

Taking a more holistic look at how food and nutrition intake influence health can pave the way for improved health and much lower risk for a host of chronic health conditions.

Remembering to choose nutrient-dense, healthy foods can help both your body and mind.