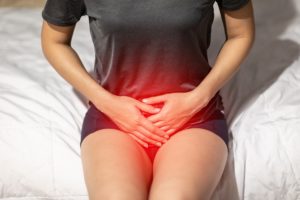 Bladder health can get overlooked sometimes. Yes, infections like urinary tract infections (UTI) can be highly irritating and even scary, but they generally aren’t considered a significant health risk. But a new study may change that for a specific segment of the population.

Some new research is linking certain infections to stroke risk and UTI-topped the list. The study looked at over 190,000 stroke patients and found that those who had an infection requiring a trip to the hospital were more likely to suffer another stroke. Specifically, individuals were five times more likely to suffer an ischemic stroke in the week following a UTI versus a year before the infection.

This study does not show that a UTI causes a stoke, or even that’s it’s a risk factor. But researchers admit that it is biologically plausible: infections lead to increased inflammation throughout the body, which can contribute to blood clots. Ischemic strokes are the result of blood clots that limit blood flow to the brain.

Researchers also pointed out that the association was between severe UTI that caused hospitalization, and likely would not carry the same risk for more mild infections that can be treated at home. But severe infections can start small, so being aware of risk factors and home treatment options are essential. Some risk factors for UTI include:

Potential ways to prevent or treat a UTI at home:

If you’re at high risk for stroke, it might be a good idea to closely monitor and treat infections, and particularly UTIs. You can also attempt to reduce the risk of stroke by adopting a more heart-healthy lifestyle.