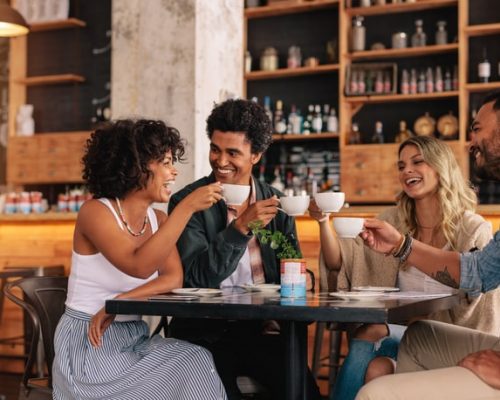 There is nothing like the smell of hot coffee in the morning. At least, that’s how most of us feel, but even if you don’t drink coffee, it is statistically shown that around 89 percent of Americans consume caffeine daily. In fact, some teas and some carbonated beverages contain more caffeine than a cup of coffee.

The good news is that recent research has found a link between intake of caffeine and mortality –the higher a person’s consumption of caffeine is, the longer their lifespan. Since the percentage of Americans who consume caffeine is so high, even though the effects of caffeine on lengthening the lifespan may not be as dramatic as one might hope, they are still significant because they benefit so many people.

The researchers gathered data from the National Health and Nutrition Examination Survey, which was performed between 1999 and 2010. Their aim was to evaluate the effects of caffeine on mortality from all causes, cardiovascular reasons, and cancer in patients with chronic kidney disease. They also analyzed the differences that the source of the caffeine might play on its overall life-extending effects.

The results showed that those who consumed caffeine were more likely to be male, non-Hispanic white, have a higher education level and higher annual income, be current or former smokers, have higher alcohol consumption, and have fewer previous strokes. They also found an inverse correlation between consuming caffeine and all-cause mortality in patients with chronic kidney disease, meaning those who consumed caffeine tended to live longer. This same result did not apply to those afflicted with cardiovascular or cancer-related deaths.

The results were the same for the populations who consumed caffeine from coffee and from soft drinks but were not found to be true for those who consumed caffeine from tea. This is possibly due to the lower average ratio of caffeine derived from steeped tea leaves than coffee beans. The researchers did find that consuming caffeine appeared to be safe through all the stages of chronic kidney disease, however, and that adding a small amount of sugar to one’s coffee did not reduce its beneficial effects.

Further research is needed to uncover the underlying mechanisms to the beneficial effects of caffeine from coffee, but the researchers from the current study hypothesize that it may be due to the antioxidants also present in the beverage.