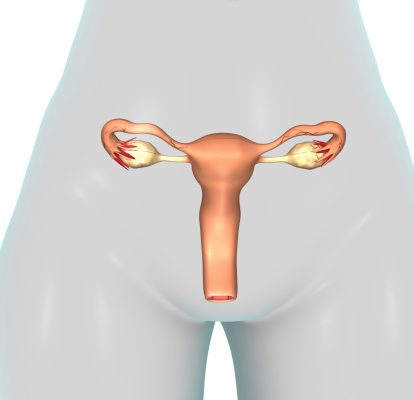 The new study consisted of data from 1,100 U.S. women with BRCA1 or BRCA2 gene mutation. Their heath was monitored for nearly five years.

During the research period, eight of the women were diagnosed with uterine cancer, which is a slightly higher rate than the general population, but not significantly different. Further investigation revealed, however, that five of those women had a highly aggressive form of uterine cancer and four out of five of those women had the BRCA1 mutation.

Study author Dr. Noah Kauff said, “We were surprised when we saw the data. This is an event that should not occur in the over 600 women with BRCA1 mutations in our study. Even if we followed these women for 25 years, you would only expect to see no more than one serous cancer.”
“Our findings suggest that it may be important for women with BRCA1 mutations to consider removing their uterus at the time they are considering removing their ovaries and fallopian tubes, unless they are hoping to still have children using assisted reproductive methods or have other medical reasons,” Kauff added.

Kauff said that more research is required to see whether or not a three to five percent risk of serious uterine cancer over 25 years justifies the costs and potential complications of a second surgery.