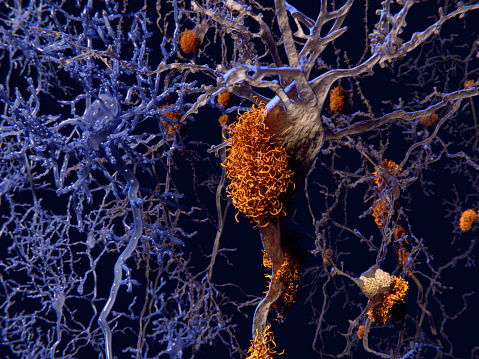 A new study revealed that the brain’s immune system could be harnessed to fight off Alzheimer’s disease. It would be able to clear up amyloid plaques, which are a staple in Alzheimer’s disease. The findings come from the University of Rochester Medical Center. Lead author of the study, M. Kerry O’Banion, M.D., Ph.D., said, “This research confirms earlier observations that, when activated to fight inflammation, the brain’s immune system plays a role in the removal of amyloid beta. We have also demonstrated that the immune system can be manipulated in a manner that accelerates this process, potentially pointing to a new therapeutic approach to Alzheimer’s disease.”

After years of research, Dr. O’Banion and his team uncovered that amyloid plaques in mice were being cleared with chronic brain inflammation.

At the time, the team was unaware of the mechanisms behind the clearing, so they turned their focus on microglia – cells in the brain that work as the first line of defense against injury and infection. Microglia are found in the brain and spinal cord and can be activated to perform different functions, such as controlling inflammation, destroying pathogens, and cleaning up and getting rid of dead or damaged cells.

The researchers then conducted experiments to replicate amyloid clearance without brain inflammation. It involved tricking the microglia to believe there was a threat – this was done by injecting cytokines, which play a role in cell signaling.

The researchers found 60 percent clearance of amyloid plaques in the mice when the microglia were activated. Dr. O’Banion concluded, “While we still need to fully understand the complexity and potential unintended consequences of this approach, it is clear that microglia play an important role in the removal of amyloid beta from the brain and may represent a novel approach to treating this disease.”

The findings were published in the Journal of Neuroinflammation.