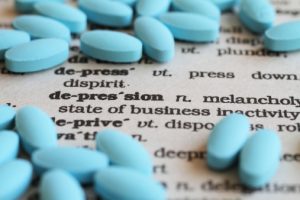 A new study published in Brain suggests that undergoing a functional MRI (or fMRI) prior to beginning an antidepressant regimen may help predict the effectiveness of the treatment. The study observed specific patterns of brain activity as participants with major depressive disorder who were not medicated completed a cognitive control task, and found that the strength of communication between certain networks helped to predict treatment response.

To conduct the study, researchers from the University of Illinois at Chicago and the University of Michigan observed 36 adults diagnosed with major depressive disorder that were not receiving any drug treatments for their symptoms.

While doing the fMRI scan, patients were made to watch the letters X, Y, and Z flash across a screen and asked to press a button each time they saw a letter, but not if the letter was repeated. The researchers tracked each participants’ brain activity as they completed the cognitive task, and followed up with them after 10 weeks of medicinal therapy.

Professor Scott Langenecker of the University of Illinois, Chicago, was one of the lead authors of the study, and commented, “Using our model, we were able to predict with a very high degree of accuracy – in fact 90 percent – which patients would respond well to antidepressant treatment, and which would not.”
The fMRI scan’s ability to effectively predict which participants would respond better to antidepressant medication may help physicians in providing better treatment options tailored to the individual needs of their patients. Using the scan, physicians would be able to determine whether an individual would benefit from medication and begin a drug regimen sooner to lessen the time spent suffering from symptoms.

Similarly, the scan would allow doctors to see if their patient would not respond well to medication, and begin alternative methods of treatment rather than waste time on a drug treatment plan that would not yield results.