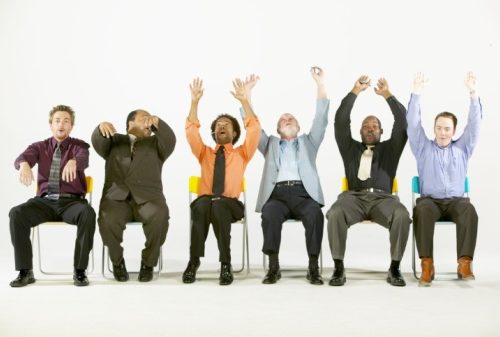 The University of Berkeley has released a study that could help people suffering from brain disorders find better treatment.

The amount of neurons firing in the brain can be fast and furious. Researchers have compared the rhythms of healthy brains to jazz; the brain will improvise and the rhythm section will stay steady. But researchers noted when people work on complex tasks, some of those firing neurons will harmonize with one another for a split second.

Study lead author Bradley Voytek said these findings are important because it helps us understand diseases such as Parkinson’s, schizophrenia and autism, which present problems with brain rhythms. In their cases, neurons might be tuning in to the wrong rhythm or not playing at the correct tempo – this is known as neuro oscillations.

Voytek said the inner workings in a noisy mess, with about 86 billion neurons trying to communicate with one another. He said the findings help explain how networks in the brain connect on demand.

Voytek and his colleagues at the Helen Wills Neuroscience Institute looked at the electrical activity in the brains of people with epilepsy. They measured theta waves in the brain and noted they synchronized within the frontal lobe, which let it connect to other areas. Theta waves in particular help the brain process spatial information.

There are five types of brain wave frequencies – Gamma, Beta, Alpha, Theta and Delta – and each are thought to play a different role. Theta waves help co-ordinate neurons as we move around our environment, and thus are key to processing spatial information.

In the study, participants looked at shapes on a computer screen. They had to push a button using their index or middle finger when a square popped up on the screen for example. The task started out simple, but got harder as colors and textures were introduced and their body had to keep up to push the button.

This study is one of the first ones to use electrodes placed on the brain to measure neural oscillations while people try to complete complex tasks. Previous research on animals has indicated that brain waves control brain activity. Voytek noted as the tasks got harder, the oscillations followed the rhythm and continued “to harmonize” information between brain regions.

The theta waves are just one of five types. The others are Gamma, Alpha, Beta and Delta. Each type of waves is believe to play a role in our how brains function.

“The results revealed a delicate coordination in the brain’s code,” Voytek said. “Our neural orchestra may need no conductor, just brain waves sweeping through to briefly excite neurons, like millions of fans in a stadium doing ‘The Wave.’ ”