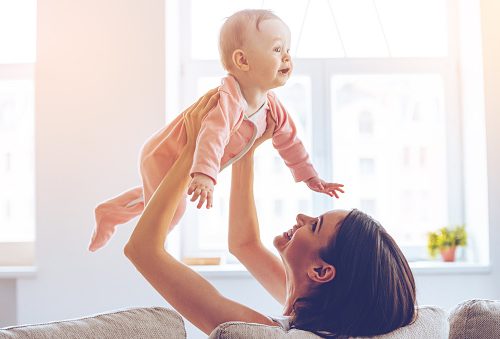 The neurotransmitter dopamine has been linked to the process of human bonding for the first time in a recent study from Northeastern University. Conditions such as post-partum depression, Parkinson’s disease, addiction, and social dysfunction are all affected by disorders in the dopamine system, meaning that this better understanding could lead to new therapeutic methods.

Using a machine that conducted an fMRI and a PET scan at the same time, researchers tracked the role of dopamine in mothers’ brain with their synchrony to their infants, as well as the level of dopamine in relation to the medial amygdala network that supports social affiliation and connection.

To conduct the study, researchers observed 19 mother-infant pairs. Before any brain scans were completed, the mothers were videotaped while they interacted with their babies at home. Researchers measured the degree of synchrony between mother and child. Infants were also taped playing alone.

Mothers were then placed in the brain scanner and were shown footage of her own child alone at play, as well as an unknown child alone at play. The PET measured the mothers’ dopamine levels, while the fMRI monitored the strength of the medial amygdala network. The team found that the mothers who were more synchronous with their children displayed an increased dopamine response when viewing the footage of their child, as well as stronger connectivity in the medial amygdala network.
Professor of psychology at Northeastern University Lisa Feldman Barrett commented on the results, stating “We found that social affiliation is a potent stimulator of dopamine. This link implies that strong social relationships have the potential to improve your outcome if you have a disease, such as depression, where dopamine is compromised. We already know that people deal with illness better when they have a strong social network. What our study suggests is that caring for others, not just receiving caring, may have the ability to increase your dopamine levels.”

These new findings may lead to alternative treatment strategies for those suffering from conditions that are related to decreased dopamine levels. Barrett also commented on the importance of understanding how social affiliation positively influences brain development, asserting, “People’s future health, mental and physical, is affected by the kind of care they receive when they are babies. If we want to invest wisely in the health of our country, we should concentrate on infants and children, eradicating the adverse conditions that interfere with brain development.” These results could suggest that social affiliation and better care during the crucial stages of brain development may prevent the development of dopamine-related disorders.