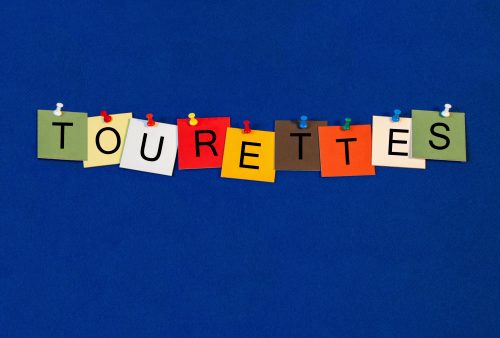 Researchers from The University of Nottingham have recently discovered how the brain amino acid GABA could be used to reduce the severity of Tourette syndrome tics.  The details of the study are published in the journal Trends in Cognitive Sciences.

Tourette syndrome (TS) is a neurological disorder in which the affected person develops repetitive, stereotyped, involuntary movements and vocalizations called tics. The condition is named after French neurologist, Dr. Georges Gilles de la Tourette, who first detected and described it in an 86-year-old French woman in 1885.

The condition affects one in 360 children in the U.S. between the ages of six and 17. Boys are three to five times more likely to be diagnosed with the condition than girls.

The exact cause of TS is unclear, but researchers believe it could be inherited. In many cases, the syndrome develops along with other conditions, such as obsessive compulsive disorder (OCD) and attention-deficit hyperactivity disorder (ADHD).

Tics are the most common Tourette syndrome symptom. There are two types of tics – motor tics and vocal tics – and they normally develop between the ages of five and 10. Motor tics involve involuntary body movements, such as arm jerking or blinking. Vocal tics occur less frequently than motor tics and involve involuntary sounds, such as humming or shouting curse words or phrases (known as coprolalia).

The good news is that in most cases of TS, the frequency of tics reduces by early adulthood, and most of the children learn to suppress them. However, in some people the frequency and intensity of the tics becomes more pronounced with age.

Although there are treatments that can help manage the condition, like comprehensive Behavioral Intervention for Tics (CBIT) and medications such as neuroleptics, there is currently no cure for TS.

The team of researchers, led by Professor Stephen Jackson, believe a brain chemical called Gamma Aminobutyric Acid (GABA) might provide a new form of treatment for people with TS.

The link between GABA – a brain amino acid that blocks nerve transmission in the central nervous system – and TS was suggested by previous research.  For example, studies involving brain scans of people with TS have shown a 50 percent reduction of GABA levels.

Researchers believe that the reduced GABA levels may lead to overexcitement of nerve cells in people with TS, which causes tics.

Before the current study people thought that young kids with TS could control their tics by making a deliberate, ongoing effort to suppress them. But Jackson and his team found that adolescence comes with brain changes that lead to an increase in GABA production. This increase in GABA could be the reason why young patients have better control over their tics as they grow older.

Based on all their findings, the researchers believe that simulating the way GABA blocks nerve transmission in brain areas responsible for motor function may offer a promising treatment strategy for people with TS.

Commenting on their study, Jackson said, “The finding that individuals with Tourette syndrome exhibit increased GABA in brain areas linked to the planning and selection of movements offers a more parsimonious account for how tics might be controlled in Tourette syndrome. Namely that motor excitability is reduced locally within brain motor areas through the operation of GABA-mediated ‘tonic inhibition.’”

The team is confident that once their findings are confirmed through further studies, they can develop new therapies for neurodevelopmental disorders.