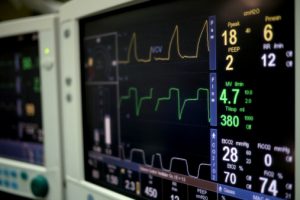 Botox prevents atrial fibrillation arrhythmia after bypass surgery, according to the latest findings.

Botox is commonly used as a filler to get rid of fine lines and wrinkles, but researcher published in the American Heart Association journal Circulation: Arrhythmia and Electrophysiology suggests it can also prevent irregular heartbeats associated with bypass surgery.

When Botox is injected into a muscle it prevents it from contracting, which is why it reduces wrinkles so well. Atrial fibrillation is a quivering or an irregular heartbeat, which can contribute to blood clots, stroke, heart failure and other heart-related complications.

Researchers assigned 60 patients to either receive Botox or a saline solution. The injections were inserted into four fat pads surrounding the heart. To minimize bias doctors were unaware which patients received which treatment.

The researchers uncovered the following results:

In order to use Botox as a means of reducing atrial fibrillation, a larger study needs to be conducted to prove the results once again. Steinberg concluded, “This first-in-man study has opened a whole new line of thinking and research. In the near future, Botox injections may become the standard of care for heart bypass and valve patients, but we’re not quite there yet.”