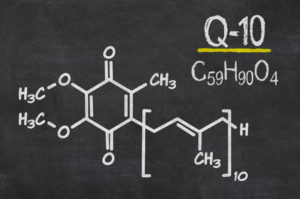 You might have heard of CoQ10’s effects on heart health and anti-aging. But it might go much further than that. It could help you deal with bad breath as well.

What makes Coenzyme Q10, or CoQ10, so amazing is that it’s found in every cell in your body. In fact, you make it yourself. It’s powerful antioxidant effects help battle inflammation and damage in virtually every cell of your body.

With age, however, or even with exposure to free radicals, CoQ10 stores can deplete rather quickly. This means you’re not getting all the free-radical fighting agents you should be.

And it goes one step further. CoQ10 is a major energy source for your cells. When levels are low, your cells might not have enough gusto to put up a fight.

But anyways, let’s get back to your teeth.

According to the American Academy of Periodontology, more than 64 million American adults over 30 have some type of gum disease (periodontitis). If gingivitis—inflammation and recession of the gums—is taken into account, that number jumps even higher.

Multiple studies have shown that CoQ10 supplementation can help heal gums faster when taken with other oral treatments. There is research showing a correlation between periodontal disease risk and CoQ10 deficiency.

All of that seems pretty impressive.

If you’ve got inflamed gums, gum recession, or bad breath, it might be beneficial to start supplementing with CoQ10. Of course, that doesn’t mean throwing brushing and flossing out the window. Healthy oral hygiene is the best way to prevent periodontal disease.

If you decide to supplement with CoQ10 for gum health, pay attention to the type. There are two forms CoQ10: ubiquinol and ubiquinone. Ubiquinol is what you want. It’s the active form of the nutrient and most easily absorbed in the body.

If taking CoQ10, give it time. It will likely take about six months of use before you begin noticing results.

For oral health, you have two options. You can take supplements in pill form or apply topical cream to the affected area. But as always, speak to your dentist before beginning any new treatment.