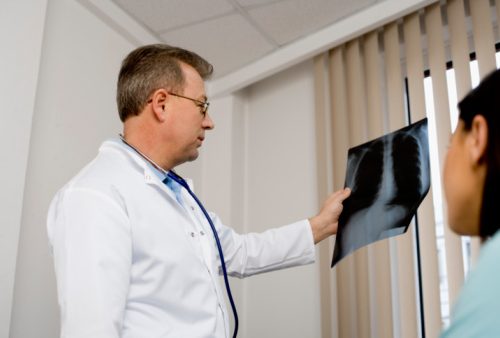 A new study found that serious illness could contribute to bone loss. The research consisted of 66 seniors who spent 24 hours on a breathing machine in the intensive care unit (ICU). After one year of hospital stay the patients had 1.6 percent less bone density in their lower spines and 1.2 percent less bone density in their thigh bones. Bone loss in seniors is dangerous because it increases the risk of fractures.

The researchers suggest that serious illness affects bone resorption, a process where bone is broken down and calcium and other minerals become released into the bloodstream. Although a year after their ICU, patients bone resorption returned back to normal, but they were still left with low bone density.

The researchers said that the impact of bone loss is dependent on a patient’s bone history, but bone resorption has a larger affect on postmenopausal women.

“Our study demonstrates a need to investigate the role of anti-resorptive therapies to prevent bone loss in critically ill patients during their time in the hospital and afterwards during recovery,” study author Neil Orford said.

The findings were published in the American Journal of Respiratory and Critical Care Medicine.