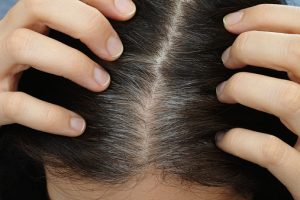 With aging comes many different changes. Wrinkles begin to show, body fat is harder to lose and there are changes to our own body hair. That’s right, your body hair changes as you get older.

Body hair is not a normal topic of conversation, especially for women. It is one of those things that most women tried to rid themselves of as they continued to grow. From the moment it began to sprout they worked tirelessly to be as hair-free as possible.

Obvious changes to body hair due to aging are going gray and thinning, but body hair all-over goes through the aging process as well, and that is what we are going to explain today.

Your body hair ages, too 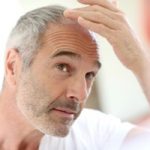 Body hair is mainly controlled by hormones, and that is why you witnessed an influx of it during puberty. Common areas are underarms, genitals and for males, chest. As we age our hormone levels change and even reduce. Women will see a decline in estrogen, and men’s levels of testosterone often reduce as well.

Immediate effects seen in both men and women are color and thickness changes. Hair color pigment – melanin – is produced by hair follicles. Over time, less melanin is produced by the follicles which leads to graying. This generally starts to occur around 30 and even earlier for some people. Body hair also has the ability to turn gray, although at a slower rate. Gray hairs can be seen anywhere – genitals included!

Genes play a large role in graying and Caucasians typically go gray earlier than Asians do. Unfortunately, there is no supplement that can slow down the progress of grays – although plenty of dyes are available!

Hair thickness is determined by protein strands. One strand of hair lasts between two and six years, after which it falls out so a new strand can emerge. This process is also determined by genetics. Hair loss occurs at different rates based on a person’s genes, so some may bald quicker than others. Even the hair on your body can start to disappear. At the same time, the hair which remains may become thicker and coarser. In women this can be quite embarrassing as chin, upper lip and facial hair can appear darker and be more visible.

Although hair may dwindle as we age, changes in hormone levels can also cause new areas of hair growth. As mentioned, women may begin to notice more chin hair in their later life; this can be caused by an increase of testosterone in women.

If you don’t want to see hair where it doesn’t belong there are many options available, like waxing, shaving and laser hair removal. What is important to note is that changes in skin can affect your ability to go through each procedure. For example, older skin may burn easier if wax is applied. Furthermore, depending on your age, you may no longer be a candidate for laser hair removal.

Laser hair removal, in particular, works by narrowing in on the hair’s pigment, so if your hair is lighter and thinner, it is harder for the treatment to work.

Throughout our lives we’ve all battled with our hair: straightening it when it was too curly, cutting it on a regular basis, shaving it and so on. It’s important to note the changes your hair goes through while aging so you can better equip yourself to face these challenges.

5 tips to protect aging skin from the sun

Skin cancer is the most common of all cancers. Too much exposure to ultraviolet (UV) radiation from the sun or from tanning beds is often the cause. This year an estimated 73,000 people in the United States will be diagnosed with Melanoma, a dangerous type of skin cancer. Continue reading…

As we hope and pray the fountain of youth is discovered, scientists are hard at work figuring out how to slow down aging. New findings have pinpointed a protein in the body that shows signs to aid in anti-aging. Continue reading…