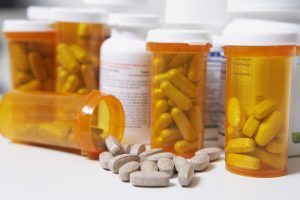 Senior author Juan M. Saavedra said, “Our findings make sense in many ways. Hypertension reduces blood flow throughout the body and brain and is a risk factor of Alzheimer’s disease. Previous epidemiological studies found that Alzheimer’s progression is delayed in hypertensive patients treated with ARBs.”
The researchers explored the action of candesartan on the neurotoxic effects of exposure to excess glutamate which occurs in Alzheimer’s disease. They found the drug prevented glutamate-induced neuronal damage. Further analysis revealed that candesartan also prevented neuronal inflammation and other pathological processes which are part of Alzheimer’s disease.

First author Adbdel G. Elkahloun added, “The correlations were impressive – the expression of 471 genes that were altered by excess glutamate in our cultures were also altered in brain autopsy samples from patients who suffered from Alzheimer’s disease. Candesartan normalized expression of these genes in our cultures.”

Saavedra said, “We hypothesize that candesartan, or other members of the ARB group, may not only slow progression of Alzheimer’s but also prevent or delay its development.”

The findings were published in Alzheimer’s Research and Therapy.