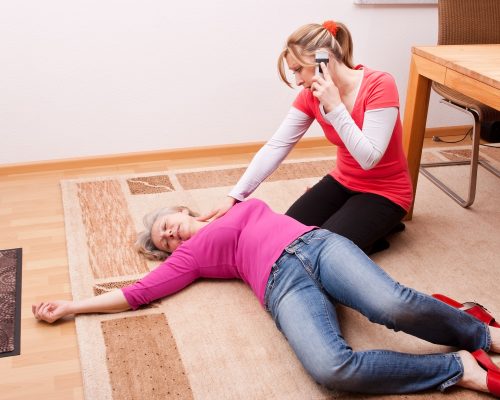 Although the findings do not suggest that every fainting patient has a blood clot in the lung but it does bring a greater awareness to doctors if another cause is not found to be responsible for the fainting spell.
Other symptoms of pulmonary embolism include chest pain, cough, and difficulty breathing.

Other causes of fainting among seniors are a seizure, a drop in blood pressure, or heart rhythm disturbances.

Although it would take a very severe blood clot in the lung to cause fainting it is still a serious condition which requires review when dealing with seniors who enter the ER after a fainting spell.