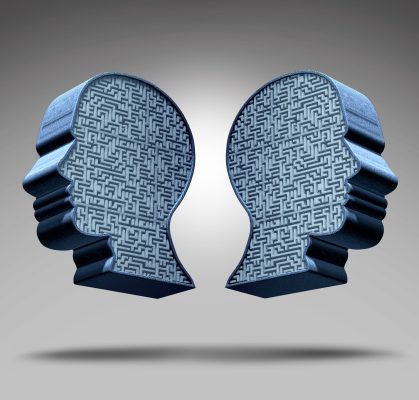 A new study suggests that people who have a high genetic risk for bipolar disorders can benefit from naturally occurring brain wiring changes. In fact, the study which was published online Jan. 5 in the journal Translational Psychiatry, reveals that the changes can prevent the mental illness.

Bipolar disorder patients present with severe mood swings, fluctuations in energy and activity levels, and the ability to perform daily tasks.
Genetics play a huge role in the disorder, and people with an affected parent or sibling have a higher risk of developing bipolar disorder than those with no family history.

However, the lead author cautioned against focusing on the high risk that a family history provides and ignoring the fact that the majority of those who fall into this category remain well.

As part of the study, the researchers monitored the brains of bipolar disorder patients, their unaffected siblings, as well as unrelated healthy volunteers, using functional MRI.

The scans revealed that the patients and their siblings had similar abnormalities in brain wiring that handles emotional processing, but the siblings had additional changes in that wiring.
Post the study, the research team concluded that siblings of patients with bipolar disorder have adaptive neuroplasticity that may help them avoid the disease even though they still carry the genetic scar of bipolar disorder.

In a Mount Sinai news release, the Dr. Sophia Frangou, a professor of psychiatry and the lead author of the study said that the research team based their conclusion on the siblings’ ability to rewire their brain networks when they process emotional information.

Dr. Frangou believes that looking for biological mechanisms that can protect against illness opens up new avenues for treatment.
The team is hopeful that the discovery about these brain wiring changes could help efforts to develop better treatments for patients suffering with bipolar disorder. They believe their research should give people hope that even though mental illness runs in families, it is possible to beat the odds.