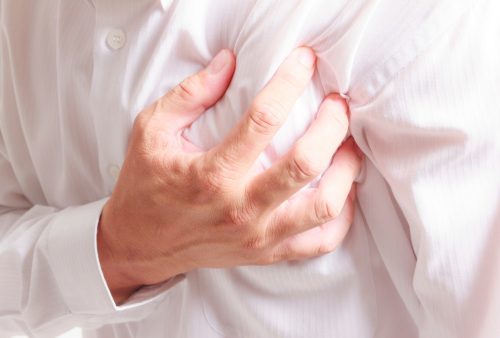 A newly published study in Circulation has shown that there are biological differences that may help predict the likelihood of recovery from advanced heart failure. While advanced heart failure was referred to as “end-stage” when there were not many treatment options, researchers have found that 15 to 20 percent of patients who undergo the implantation of a left ventricular assist device—or an LVAD—not only saw improvement in the damaged heart’s function, but also found some recovery in the muscle.

Inspired by these findings, Dr. Stavros Drakos, an associate professor of internal medicine at the University of Utah, helmed this new study to discover why some patients saw such benefits while others did not. Dr. Drakos and his team conducted the study by assessing heart biopsies that were taken when the left ventricular assist device was implanted. The biopsies reviewed came from 10 patients who exhibited signs of recovery three months later, and 16 who did not recover. These groups were classified as responders and non-responders.

The team found a structural difference between the groups in the transverse system (t-system), noting that in the hearts of the responders, the t-system was healthy and extended thin, rounded, finger-like extensions into the heart fibers, while in the hearts of the non-responders, the t-system appeared squashed and damaged. This difference allowed scientists to judge an individual’s chance of recovery retrospectively, as they calculated how close to normal and healthy each patient’s t-system was.

All patients’ hearts performed poorly at the time of implantation, scoring between 21 and 23 percent on the ejection fraction (EF)—a test to measure the heart’s squeezing ability. However, after three months of assistance from the LVAD, those whose t-systems were mostly intact and healthy saw their heart’s performance increase to an average of 38 percent. In comparison, patients with damaged t-systems saw their performance stay about the same, with an average EF of 25 percent. This increase seen in the responder group suggests that these patients’ hearts were regaining strength and could eventually be weaned off of the LVAD device.
The results of this study are promising, as a better understanding of the biological differences of the heart and how they affect recovery after advanced heart failure may lead to alternative methods of treatment and a shorter waitlist for heart transplants. While more research needs to be conducted before these differences can be used proactively to determine who would benefit most from the implantation of an LVAD, they open the door for further investigation and, hopefully, the development of new and more efficient methods for treating advanced heart failure.

Related: Heart failure after a heart attack may be reduced with a Mediterranean-style diet: Study

Hospitalizations due to heart failure on the rise: Study