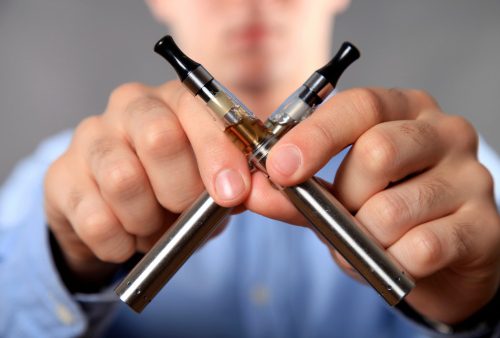 People thinking that their e-cigarettes are safe, might have to think again. On Thursday, the California State Senate passed a bill to regulate e-cigarettes as tobacco products.

These electronic smoking gizmos generally contain nicotine, which is heated in a flavored liquid. The vapor from the liquid goes into the lungs. Along with nicotine, the vapor also contains some formaldehyde and other chemicals.

The makers and distributors of e-cigarettes claim the devices are a safer alternative to smoking. But State Senator Mark Leno, backed by the American Cancer Society and numerous other public health organizations, said that in addition to leading to tobacco dependence, the dangers of e-cigarettes could include addiction to nicotine.

According to a report by Dr. Ron Chapman, the former director of the California Department of Public Health, the use of e-cigarettes is on the rise in California – from 2.3 percent of young adults (aged 18-29) using them in 2012 to 7.6 percent in 2013.

The incidence of children under five affected by nicotine poisoning also rose to 154 in 2014; an incredible increase from only seven cases in 2012.

In spite of all the negativity surrounding e-cigarettes, a similar bill was quashed earlier this year by a committee of the state assembly in July. The bill hoping to raise the age for buying cigarettes also died in the assembly last month and was re-introduced during the special session.

This time around the anti-tobacco pressure was too great, and the bill has been passed and sent to the assembly along with several anti-tobacco bills, including one to raise the legal age for buying cigarettes from 18 to 21. Senator Leno has also said he expects it to have a better chance of passing this time around.

According to the e-cigarette regulations, the use of these electronic devices – commonly called vapor cigarettes or vapes – will be banned in the workplace, at schools and in other places where cigarettes are forbidden. The bill also states that the gadgets must be sold in child-resistant packaging.

Based on the new regulations, businesses wishing to market e-cigarettes will need to get a valid license.

People concerned about the negative effects of nicotine need to understand the side effects of e-cigarettes. The vehicle does not matter; once nicotine gets into the lungs it will cause damage, period. That, and that alone needs to be the deciding factor for individuals, whatever be the outcome of the assembly ruling. After all, it’s your health that’s at stake.